You are here: Home1 / News2 / animal cruelty3 / Woman claims that dentist killed her dog with a baton

A woman claims that a Sacramento, California, dentist killed her dog, Milo. According to KCRA News, Chelsea Hall’s dog was accompanying her on a walk this week when the man, who has not yet been charged or publicly identified, attacked him with a baton.

Hall claims that she was walking with Milo, an eight-year-old “fat” Chihuahua and her other dog, Peanut; Milo was off-leash at the time. Hall claims that the man was watching her from across the street and that he had a wooden baton in his hand, and the leash for his own dog in the other. Hall recounted what happened to the news agency:

“Once Peanut starts barking, (the man) starts approaching my direction,” she said. “(The man) came towards the sidewalk. I had Peanut right here and Milo was there — and (Milo) kind of just waddled up to his dog and they met and touched noses. Then (the man) whacked (Milo) with his baton.”

Milo died instantly after being struck with the baton. Hall has stated that she screamed at the man that he killed her dog, but the man walked away into a nearby dentist office.

A different version of the story?

The dentist is currently not being charged, but the case is under investigation. Milo’s body is being sent out for a necropsy. 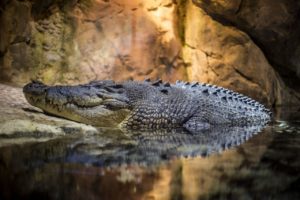