You are here: Home1 / News2 / animal cruelty3 / Woman charged with cruelty claims that dog ‘had fun’ being... 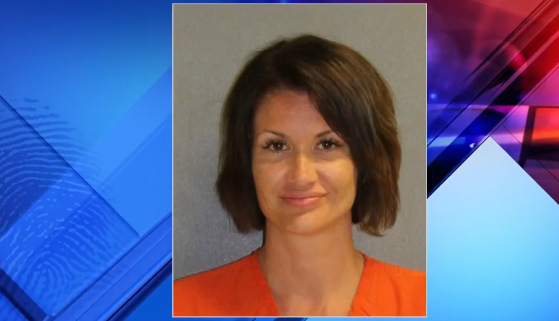 A Florida woman who is facing a charge of animal cruelty has spoken out about the incident this week which led up to her arrest. According to Click Orlando, 38-year-old Christy Hopkins told a police officer who responded to Bethune Beach Park on Monday that the dog who sparked the call from a concerned witness was just “having fun.”

The witness reached out to the authorities after allegedly seeing Hopkins repeatedly pick up a small dog by a leash and throw her into the water. The responding police officer noted that the little dog in question was “drenched, covered in sand, shaking, appeared to be coughing and was clearly in distress.” Amazingly, Hopkins not only claimed that the dog was having fun, but offered to show the officer how she picks the dog up off the ground by the leash…the officer stopped her from repeating the action.

The allegations led to Hopkins’ arrest and she was booked into the Volusia County Jail – she has since bonded out. The dog apparently belongs to someone who lives near the area where the incident took place – Hopkins told the officer that the dog’s owner is ill and she watches her for extended periods of time. The dog has been taken to an area shelter.