A camera was rolling when an animal control officer with Georgia’s Fulton County Animal Services responded to a call about an injured dog. According to the animal welfare agency, the officer had received a call about a wounded dog who was in “bad shape” and laying in a neighbor’s driveway.

The officer responded right away and discovered a gray pit bull dubbed Baxter huddled up, seemingly waiting for help to arrive. Baxter immediately responded to the animal control officer’s gentle voice and was ready to have the lead slipped over his head. 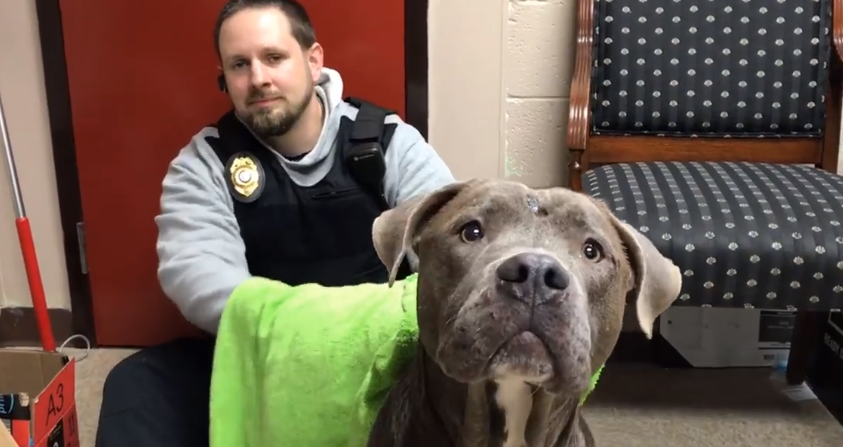 The video proceeds to show Baxter at the shelter – cleaned up and safe. Next step – find Baxter a home! You can help the animal shelter save dogs like Baxter by donating to the Lifeline Animal Project fund (click here to learn more).

Our officer received a call about a wounded dog who was in bad shape and laying in a neighbor's driveway. We responded immediately, and that's when we met Baxter. Watch below as our officers are first on the scene.Baxter is now safe in our care and receiving the vet care he so desperately needed. You can donate to Atlanta's homeless animals, like Baxter, today at fultonanimalservices.com/donate