Had it not been for the help of the Clewiston Animal Services and a rescuer,  chances are three dogs severely beaten and left to die would have become sad statistics. The Gulf Coast Humane Society in Fort Meyers is currently caring for the dogs  and are asking the community for help paying for the surgeries needed and the dogs’ continuing care. 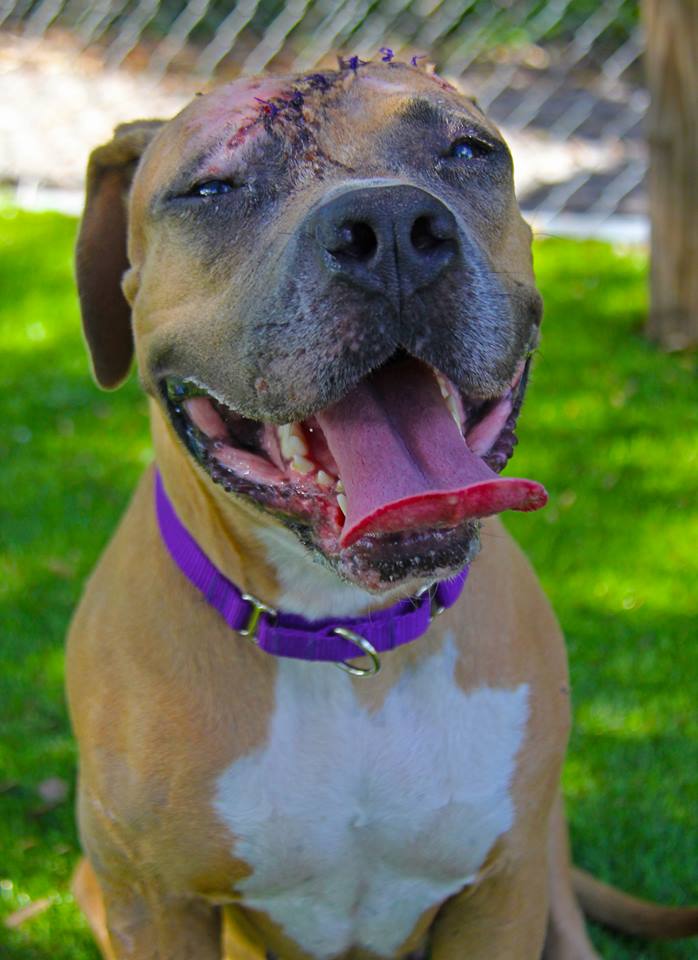 According to the rescue organization’s social media page,

“The worst of humanity reared its ugly head once again after a gruesome discovery was made in Clewiston. 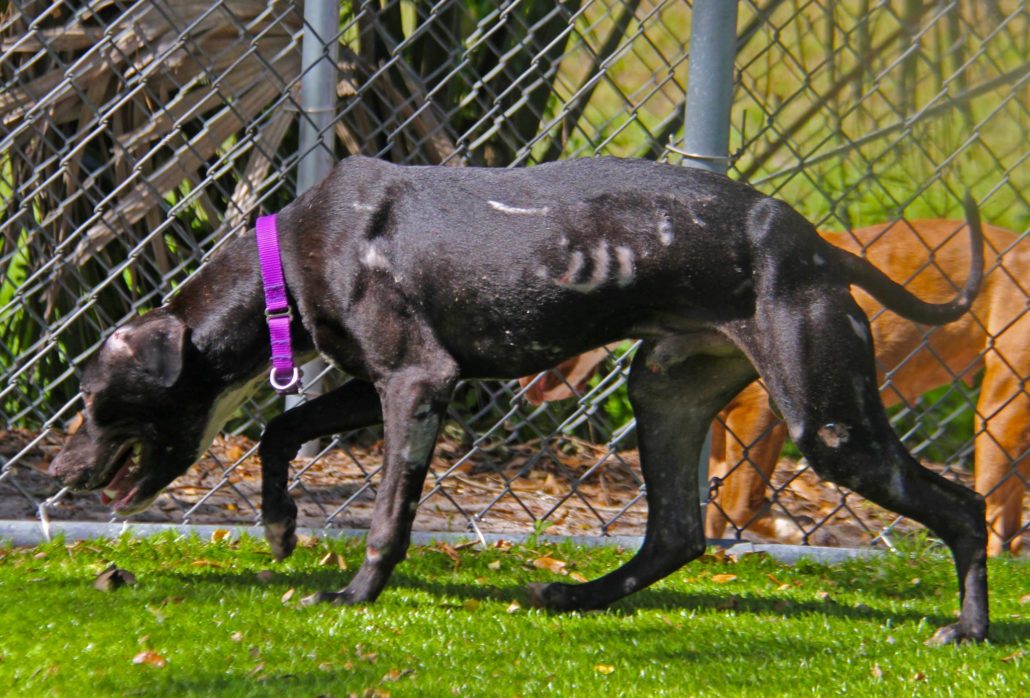 One of the dogs, Abigail, suffered a deep head wound. It is suspected the three-year-old dog’s injury had been caused by blunt force trauma – more than likely from a shovel. Stitches extend from the top of her head to her face. Her leg will require knee  surgery. With Abigail was her puppy, one-year-old Macaroni, who also has an injured leg suspected of having been caught up in a tether.

Just days earlier, Wesker was rescued after he was found with abrasions on his left side; determined he had been dragged behind a car. Wesker also had damage to his front teeth as a result of gripping his leash with his teeth while being dragged. 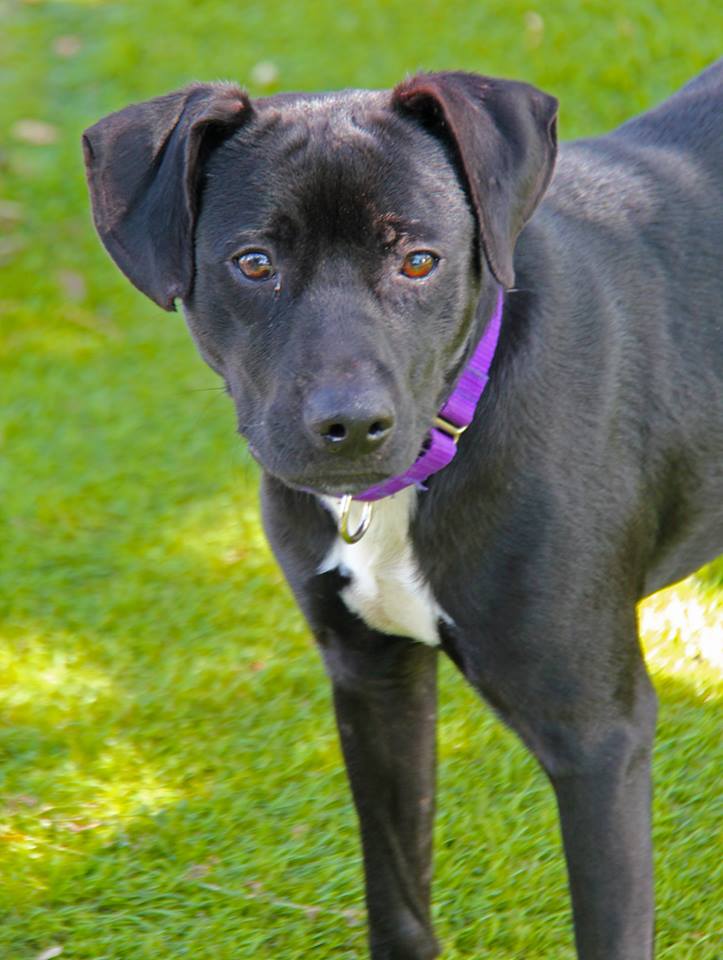 “Here is the amazing fact, though. Abigail came into GCHS and was wagging her tail, even when she was getting stitched up. She has the most gentle eyes and loves to kiss and lay in laps. Wesker is still a playful pup and prances around and knows he is now in a happy and safe place at GCHS. He also loves kisses and laying in laps.

Macaroni is a little shy at first, but he is starting to trust people and is seeking attention from everyone.

Again, despite the cruel intentions of people who were first in these three dogs’ lives…all three are quick to forgive and accept the love by everyone at GCHS and from their rescuers in Clewiston,” posted  Gulf Humane Society’s CEO Jennifer Galloway on Facebook.

The dogs were all found in the same area although it is not known if the same person(s) is responsible for the abuse. No arrests have been made. Anyone with information is asked to contact the Clewiston Police Department at 863.983.1474.

To help with the surgical procedures needed for these amazing dogs, please check the shelter’s website at GulfCoastHumaneSociety.org. 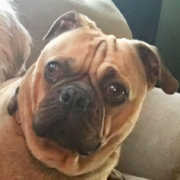 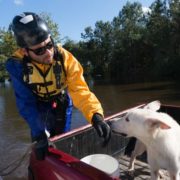 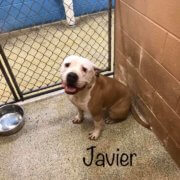 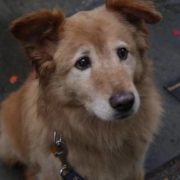 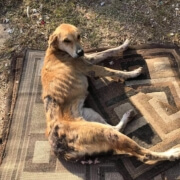 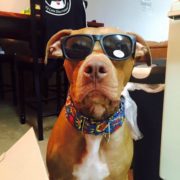 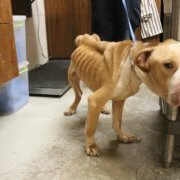