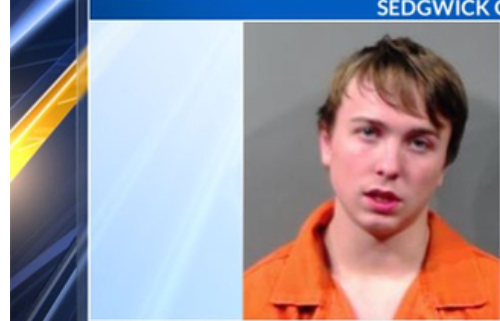 Over the weekend, a Kansas teen was arrested on suspicion of animal cruelty. According to multiple sources, 19-year-old Cole Carter is accused of beating a small, white dog who had gotten out of its yard in Wichita.

As reported by KSN News, on Sunday, the teenager was observed exiting a car in the 3300 block of North Wild Rose. For reasons unknown, Carter allegedly began beating the small dog – the victimized dog was not able to survive the subsequent injuries. The Wichita Eagle reports that the dog was attacked around 7:30 a.m. – the authorities received a phone call that a man, who had been driving a gray SUV, was throwing the dog to the ground.

Responding officers located Carter, who was in a vehicle with two 16-year-old girls. He was arrested and is facing charges for carrying a concealed weapon and  suspicion of animal cruelty.

No further details about this case have been released.

On Friday, a man in Long Island, New York was caught on video beating a dog – thanks to an investigation, the man has since been arrested. Find more details at this link.