A suspected dog breeder in Venango Township, PA, was busted on Wednesday. According to multiple sources, 51 dogs were discovered crammed inside of a single-wide trailer where Barbara Lopez resided. Most of the dogs were found to be starving and dehydrated, and many were stuffed inside of filthy bird cages, reports Erie News Now. 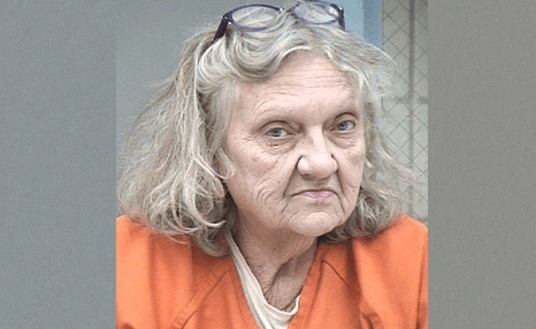 The ANNA Shelter described the deplorable conditions inside:

a trailer being used, possibly for a breeding operation near Utica, Pa (about an hour from here). When we arrived on scene we were horrified by the situation – this is quite possibly the worst we have encountered since we started working with cruelty/ neglect cases. The owner was quickly arrested and removed in handcuffs as we were making a game plan. In just over an hour we removed 51 dogs from the trailer. Some were being kept in birdcages – others in wooden boxes or in kitchen cabinets.

Not her first cruelty case

As reported by Your Erie, Lopez has been in trouble for animal cruelty in the past. In fact, almost a decade ago 72 dogs were found at the same location.  Ruth Thompson, who heads up the ANNA Shelter, explained to Your Erie:

“This happened at the same facility nine years ago. 72 dogs were removed from the same people, so this is now their second time running this operation.”

The ANNA Shelter described the condition of the dogs found inside of the trailer:

All 51 dogs were starving and dehydrated. As of this message 19 are confirmed pregnant. Ages range from 11 weeks to 8 years old most being spaniel mixes (they claimed to be breeding Cavalier King Charles Spaniels) but there are some beagle and lab mixes as well. The majority of the dogs are very sweet albeit frightened but eager for human contact and attention…not to mention food and water. Some have deformations – one has only three legs; one has no toes; one has only one ear; two have only one eye; most have over or under bites; most have hair loss/dry skin; and most of the males have battle scars from scrapping with each other. 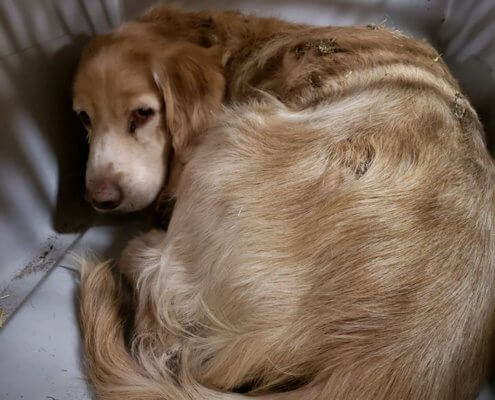 A word about unscrupulous dog breeders

Beware of unscrupulous dog breeders…if for some reason you choose to buy a puppy, rather than adopt from a rescue agency or shelter, be sure that you visit the home where the puppy comes from. If the breeder won’t allow you to, take that for the huge red flag that it is. Do not be swayed by fancy websites with cute photos – see the conditions for the puppies, and their parents, yourself.

Donations can be made at this link to the ANNA Shelter.

Senior dog in need! Does anyone care about Ruff? Past his deadline and in danger. More here.

Yesterday: Dog jumps over side of five-story garage to reach his friend – more on this tragedy here.

Nope, not letting you out!

No, you will only pet ME!

45 cats and dogs seized from animal shelter in Arizona