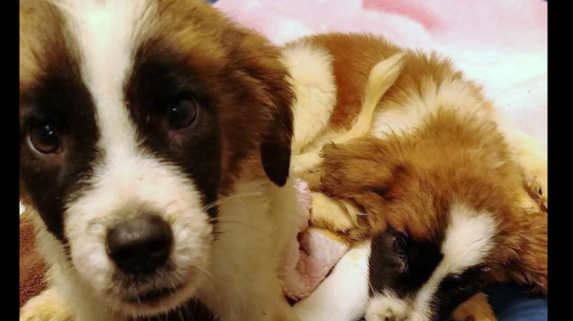 Eight St. Bernards have been seized from conditions described as “inhumane,” in Jacksonville, Florida. According to News 4 Jax, one four-month-old puppy was in such poor condition that humane euthanasia was deemed necessary.

Authorities arrested 44-year-old Susann Seeber for keeping the dogs in filthy kennels, without food or water. The dogs were discovered inside of a warehouse on East Union Street – many of the dogs are described as “emaciated.” The puppy who was euthanized was having seizures when animal control arrived.

A nearby resident told the authorities that Seeber had 20 dogs at one point, but some had died – she was apparently living in the warehouse, which was said to reek of urine and feces, with the dogs. Seeber is facing multiple animal cruelty charges – she agreed to surrender ownership of the dogs who were seized.

The Jacksonville Sheriff’s Office located an active animal cruelty warrant out of Texas – as of yet, the reason for the arrest warrant has not been made known.

Petition asking for Seeber to be punished for her crime at this link. 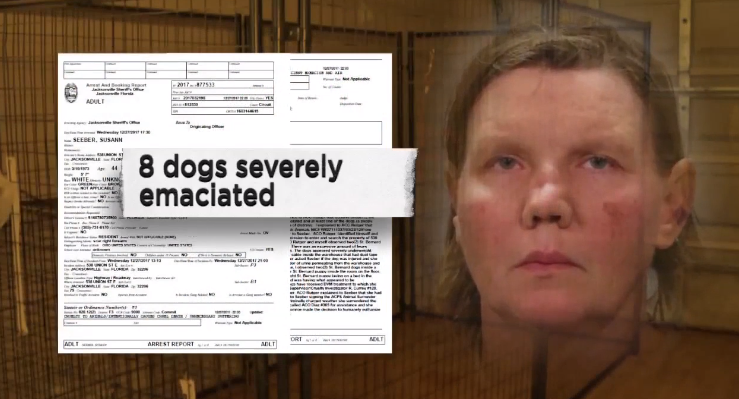 Brighten your day: Family reunited with cat after losing home in mudslide

Pup born, only to be ‘confined, starved and forgotten’