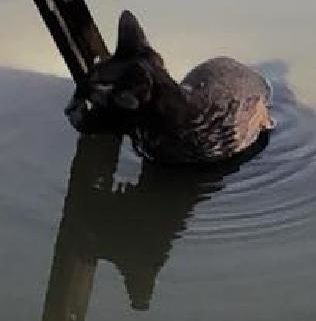 In Adelaide, South Australia, a very disturbing situation was discovered by Good Samaritans on Friday, who fortunately were in the right place at the right time, to rescue a six-month-old kitten tied to an electric saw. 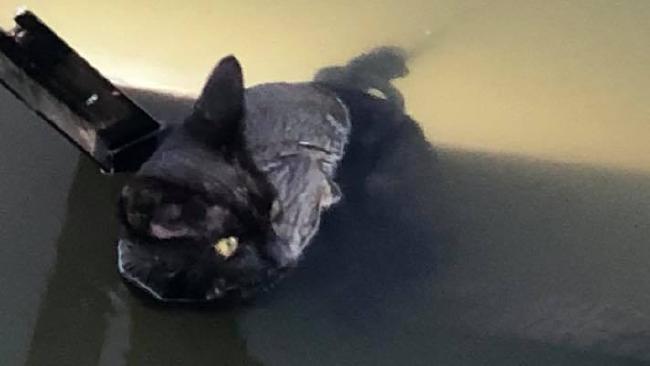 According to the Advertiser, Megan Eastaughffe, 41, heard kitten meows near where she had been feeding her horse. When she spotted the kitten in  the river, she tried to softly coax the kitten onto the bank, but the little one wouldn’t move. That’s when Megan’s friend came over to help and waded into the three-foot deep water of the River Torrens at Fulham. As she bent down to pluck the frightened kitten out of the water, she realized it had been weighed down, and that’s why it couldn’t move. Attached to the middle of the kitten’s torso was a cable tied to a circular saw.

“It was just horrendous. I was half-sobbing; that was so overwhelming,” Megan told the news reporter. “How could anyone do something like this?” 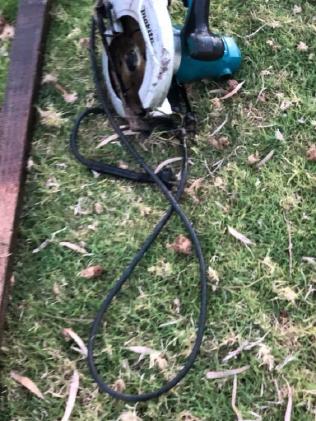 The women named the kitten Splash, and she has been recovering at RSPCA South Australia who added that the very friendly kitten also had her coat, eyelashes and whiskers shaved off. There is a criminal investigation underway.

“RSPCA South Australia Inspector Verity Otto confirmed the organisation was investigating the incident. RSPCA South Australia is treating this as a deliberate act of cruelty and is appalled by the incident,” Verity said. “Under the Animal Welfare Act, anyone found guilty of aggravated animal ill-treatment could face up to four years in gaol or a $50,000 fine.

“Luckily the cat was pulled from the Torrens and taken to a vet by the kind people who found her and now she will remain in our care for the time being as our investigation continues.”