Two shocking dog attacks, which happened this month at a popular zoo in San Jose, California, resulted in the death of four miniature horses and a donkey. According to the Happy Hollow Park and Zoo, the first attack happened at night, when the zoo was closed – three dogs, identified as Malinois mixes and a terrier, were involved.

On January 20, after the deadly attack, the zoo stated:

I am sad to report the loss of four miniature horses and a Sicilian donkey. While we feel an immense amount of grief and sorrow, the park remains open to the public as there is no public safety risk.

HHPZ has taken immediate measures to enhance security of the perimeter fence and surveillance, and the City of San Jose’s Animal Care & Services division is conducting a complete investigation. The unfortunate incident involved dogs which breached a secured perimeter after operating hours.

ABC 7 News reported that the first victim in the dog attack was a miniature stallion named Sweet William.  San Jose Parks and Recreation Director Angel Rios Jr. described the nature of the dogs involved in the attack, “These dogs appeared to be on a mission, What’s disturbing about this is it appeared they were looking for food.”

Less than a week later, the same dogs returned, dug under a steel fence at the zoo, and killed three miniature horses and a donkey. The first attack resulted in the animals being moved to a “safer compound” with a tall fence, but the determined dogs managed to dig underneath. 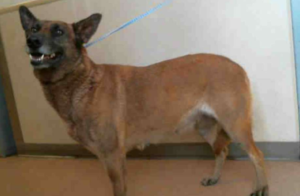 The dogs involved in the fatal attacks have been identified and captured – officials are working to identify their owners before proceeding with euthanizing the dogs. The terrier, who does not appear to be directly involved in the killing of the zoo animals, has not been caught yet.

On Tuesday, the HHPZ released information about the animals who were killed:

We are still grieving the loss of our miniature horses and Sicilian donkey. It is never easy to say goodbye to beloved animals, and it is especially difficult knowing these animals were adored and enjoyed by so many of our staff, members, and community.

Next: Terminally ill man turned to Facebook to find his beloved dog a new home

Continue reading: Florida man arrested for repeatedly punching a puppy in the face

Kid Cudi: Sweet dog, his ‘stuffie’ and his last sunrise in New York...