Troy, a handsome tan and white senior pit bull is getting a second chance at life. He arrived at Miami-Dade Animal Services (MDAS) on January 5, 2018 and was assigned the number A1925172.  He weighed in at 58 pounds and was neutered. His availability for adoption date was posted as January 9, 2018. 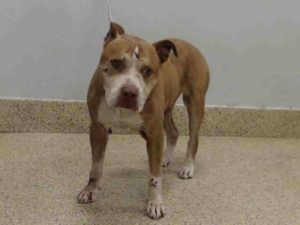 Troy, when he arrived at the shelter in January 2018

According to the Facebook page, Urgent Dogs and Cats of Miami-Dade, a page run completely by volunteers, a plea went out in March 2018, to share, foster or adopt Troy to help him make it out of the shelter alive. Sweet Troy was still at MDAS and so badly wanted out of the shelter that he would cry in his kennel just to get anyone’s attention. He was described by those who knew him as a good boy who craved attention and behaved well with other dogs.

And then, Troy’s luck turned around.  He got an opportunity many senior dogs, especially pit Bulls never get.  A wonderful rescue in California heard of his plight and offered to take him. Unfortunately, it’s quite a distance from Miami Dade, Florida to California but Troy cannot miss out on this opportunity. Money has to be raised to get Troy to safety .

There is a fundraiser for transportation costs on GoFundMe. Any amount will be greatly appreciated.

Donations can also be sent via Paypal to Lindyturner@yahoo.com using the friends and family option.

Troy has been a very lucky dog. He has survived being hit by a car, being a stray in Miami, and four months at Miami-Dade Animal Services. If the money isn’t raised to get him to California, he becomes another statistic. A senior Pit Bull who will die because no one wants him. 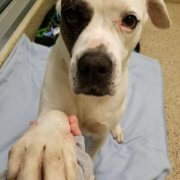 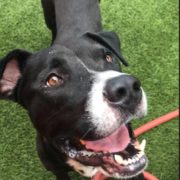 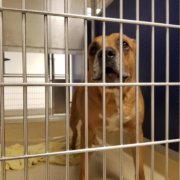 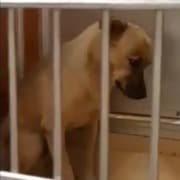 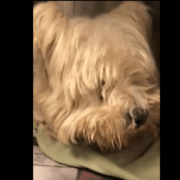 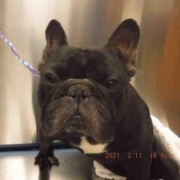 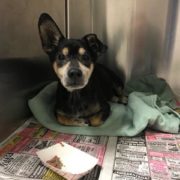 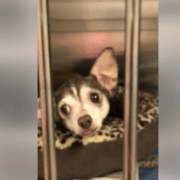