On Monday morning, Indiana’s Muncie Animal Care & Services made a heartbreaking post to its Facebook fans with regards to a dog who had been saved from a neglectful home. The animal welfare agency wrote:

It is with incredibly heavy hearts that we have to share the news that Diesel passed away this morning. Diesel was one of the dogs removed from a neglectful home last week. We are beyond devastated here at MACS.

The pit bull mix arrived to the animal shelter emaciated from being starved – though his life to that point had been one of neglect, the people who took him in did their utmost to repair the harm he had suffered. The animal shelter wrote:

Staff worked incredibly hard around the clock to keep Diesel alive. Special thanks to Dr. Rachel Williams and MACS ACO Perry for taking Diesel into your home to monitor him closely and care for him all the way to the end. We are comforted somewhat knowing that Diesel spent his last days in a home with lots of love and care.

Dozer, the other dog rescued with Diesel, is recuperating from his dismal condition. According to the Star Press, two men have been arrested and charged. Those responsible are identified as Brock Allen Clark, 22, and his father, Denny Allen Clark, 51. Another person, identified as 22-year-old Ashley Diane Bruss, has also been arrested – she is facing charges for possession of meth, maintaining a common nuisance and cruelty to an animal.

Arrest made in puppy torture case – read the story here. 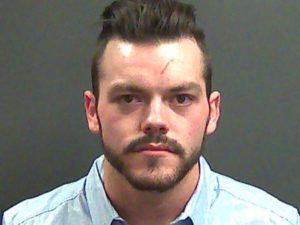 Outrage after guard caught beating a dog to death – the story at this link. 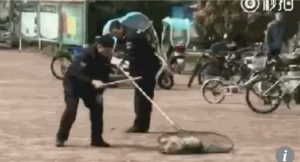