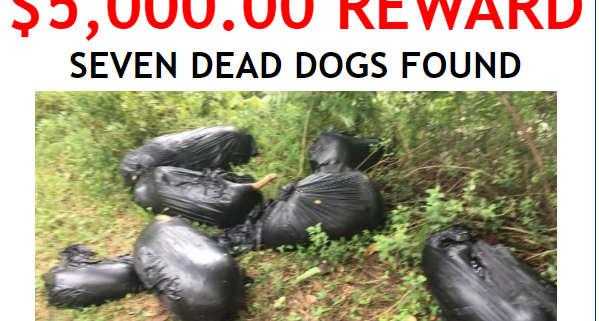 According to the animal welfare agency, someone dumped seven pit bulls (described as four females, a male and a three-month-old puppy) in a  NYS DOT Sump located at Dietz St and South Franklin St. The deceased dogs were found on September 12.

The Nassau County SPCA is offering this reward because it feels someone knows who placed these dogs there. We feel that it is necessary to use every available tool in fighting animal cruelty to ensure that the abusers face the  maximum penalty under the law!

If you have any information please call: The Animal Cruelty Stoppers Hotline – 516-THE-SPCA
All calls will be kept confidential

Say good-bye to the beloved “bug”

After 19 years, this cat is homeless and waiting for adoption
Scroll to top