You are here: Home1 / News2 / animal cruelty3 / Rescue group horrified by what they found at another rescue’s fa...

A well-known rescue group is horrified by what they have found at another rescue agency’s facility. On Thursday, the Villalobos Rescue Center made a public Facebook post about the horror they found at a facility ran by  Pit Stop for Change Rescue & Rehabilitation.

According to Tia Torres, the woman who heads up New Orleans’ famous Villalobos Rescue Center, the people who ran Pit Stop for Change Rescue & Rehabilitation, Dave McMurtrie and Kayli Donaldson, fell on hard times awhile ago, and Villalobos stepped up to lend a helping hand. Torres wrote:

“Right after their episode aired, they ended up losing their location in River Rouge, Michigan and we offered to temporarily house them in New Orleans until they could afford to find a place back home. I personally (Tia Torres) covered all their expenses: rent, utilities, dog food, supplies, vet bills and even supported them personally so that they themselves could eat.”

Though the rescue group initially appeared to have the “right stuff” to be a successful rescue agency, concerning red flags began to appear and Villalobos tried to intervene. Torres explained, ”

“We began to notice on their FB that they were starting to take in more dogs than we felt comfortable not only financially supporting but also more than they could take care of. We tried to mentor them and they appeared to “understand”. But we were wrong…horribly wrong. The more we tried to assert any type of authority, the more we were shut out. We then told them that we were coming to the building to pick up some of our dogs that were housed there…..no response. Nothing. Completely ignored.”

Torres stated that Pit Stop for Change, Rescue & Rehabilitation cut off all communication and “locked themselves up” in a warehouse. Torres eventually got the landlord of the warehouse involved, as well as the police. Torres described what happened next:

“While continuing to wait for police to arrive (New Orleans police take hours), Pit Stop for Change, Rescue & Rehabilitation managed to slip out the back gate driving two more Penske trucks, we assume filled with dogs. Reluctantly, we entered the building.”

Inside of the warehouse, Torres stated that unbelievable horror was discovered – including filth, feces, urine and multiple carcasses of dogs who had died. Torres wrote:

“Myself and my employees are emotionally destroyed. The guilt I carry for trying to help these people and their dogs is something that I’m having a hard time dealing with right now. Not knowing where our dogs are at and of course also worrying about the dogs they have with them is almost too much to bear.” 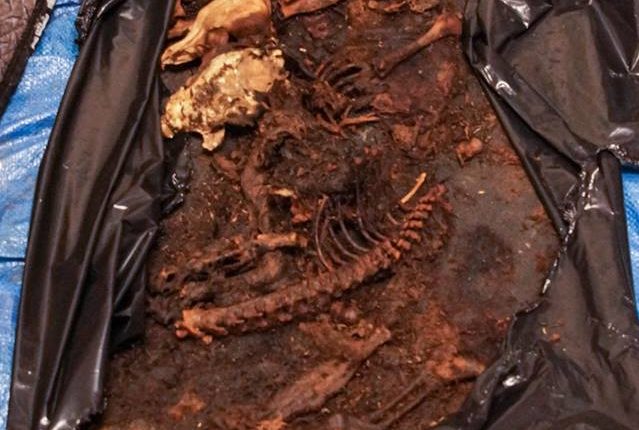 Torres has stated that she will fight for justice in this horrific situation – she wrote, “We are seeking criminal and civil charges against Pit Stop for Change, Rescue & Rehabilitation, Dave McMurtrie and Kayli Donaldson.”

Woman killed by pack of “short-legged” mutts in Oklahoma – read more about this tragedy here.