A five-week-old puppy was rescued in Charlotte, North Carolina this morning after falling six-feet into a sewer drain early Thursday morning. According to Charlotte firefighters, the miniature poodle became stuck in the drain on Evergreen Terrace taking rescue workers nearly two hours to save the frightened little pooch.

Water service was shut off in the area as officials dug two holes in order to monitor which end the puppy fell and how deep. A “Plan B” option would have followed the puppy’s trail into the main line enabling a way for rescuers to catch her.

The puppy has been returned to her owner and is reported to be doing well.

Many thanks to the Charlotte firefighters. You heroes rock! 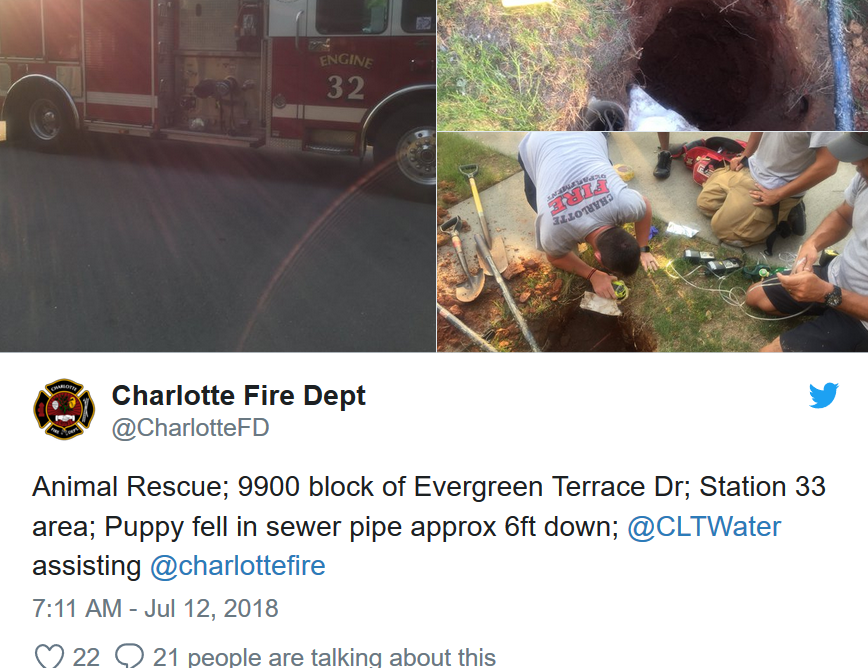