You are here: Home1 / News2 / animal cruelty3 / Puppy chained in cage dead after being left in extreme heat

A puppy, just ten months of age, is dead after his owner left him chained inside of a cage which was left outside during excessive heat in Nashville, Tennessee. According to WKRN News, the Rottweiler pup, named Hustle, was found dead inside of a metal cage in the owner’s yard on Monday – temperatures over the holiday weekend had soared into the mid-90s.

Animal control had visited the house before

According to the news agency, Metro Animal Services had been to the house before – in the past, officers had attempted to educate the 41-year-old owner about proper dog ownership, but their advice seems to have fallen on deaf ears.

In May, an officer responded to a call about a dog chained up outside. We educated her on proper tethering, proper shelter, water, gave her resources, yet we are here today with the same outcome, unfortunately.

Following Hustle’s death, officers have repeatedly attempted to contact the owner to deliver her citation for animal cruelty – so far, she has not been home to talk to animal control. If the owner does not respond in a “timely manner,” a warrant will be issued for her arrest.

As reported by WKRN, the owner, not yet publicly identified, has been in trouble with the law before.

Dog safety when it is hot

It should go without saying…if it’s too hot for you, it’s too hot for your pets. If at all possible, bring dogs inside of the house when it is hot outside. Dogs who must be left outdoors should be provided with adequate shelter from the sun, and plenty of cold, fresh water.

In the news yesterday: Man accused of beating his girlfriend’s dog to death – story here. 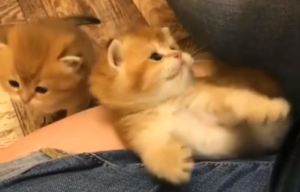