A puppy training to become a working K9 for the Pittsburgh Police Department died over the weekend. The department’s Police K-9 Unit made the announcement shortly after the death of Loki, a 10-week-old Bloodhound.

What happened to the puppy in training?

According to the department, Loki was playing with his trainer, Master Patrol Officer Bill Watts, on Saturday morning when he “suddenly collapsed.” The puppy was rushed to a veterinarian for treatment, but died in the afternoon, despite being sedated and provided with antibiotics and oxygen. The veterinarian determined that Loki had died from aspiration pneumonia, which happens when the lungs become inflamed from inhaled food, water, or vomit.

Master Patrol Officer Kevin Merkel was Loki’s handler. MPO Watts worked with Loki daily. The pup was in training to become a human locator – a K-9 who could “trail, track and find at-risk missing persons, including seniors with Alzheimer’s and autistic children”

Whereas most K-9’s are deployed to take down “bad guys,” Loki was to find society’s most vulnerable, and to greet them with a friendly lick and loyal presence. “He would have been the best human locator we have,” said Sgt. Sean Duffy.

Loki was taken to Fred Donatelli & Son Cemetery Memorials to be cremated. 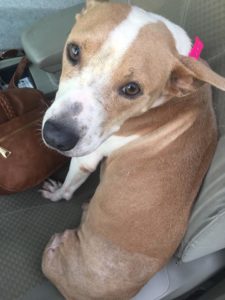 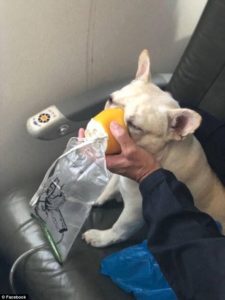