You are here: Home1 / News2 / Dogs3 / Police ask for help after K9 diagnosed with deadly cancer 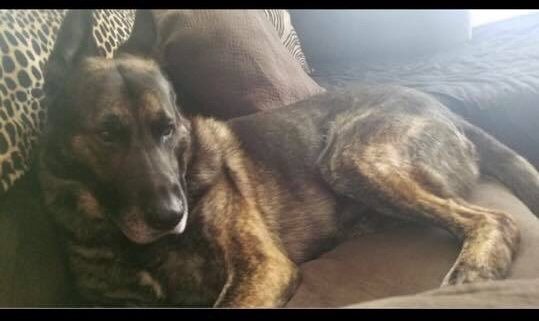 A police department in Pennsylvania has reached out to the public for help after learning that one of its valued K9 members is battling a deadly cancer diagnosis. The City of McKeesport Police Department utilized social media on September 11 in an effort to help raise life-saving funds for K9 Officer Farkle, a German shepherd recently diagnosed with oral Melanoma.

On August 13, 2018, Officer Matthews was enjoying some time at home with his partner and best friend of six years, K-9 Farkle. Farkle was playing and rolling around on the floor with Officer Matthews. It was during this time of play that Officer Matthews made a concerning observation. K-9 Farkle had an unusual lump on the roof of his mouth.

Officer Matthews immediately scheduled an appointment with a trusted veterinarian and prayed for the best. Unfortunately, the news was anything but good. K-9 Farkle was diagnosed with an oral Melanoma. Through further testing, the tumor was found to be cancerous. After serious consideration, doctors decided they could not safely remove the mass. The tumor was too close to Farkle’s hard palate.

According to the department, the veterinarians are “confident” that Farkle can be treated with radiation and a melanoma vaccine – but the treatment is expensive. The department explained:

The McKeesport K-9 Unit opted to move forward with the treatments. However, this decision would be costly. Even after generous discounts from PETCURE and PVSEC, the total bill was close to $9,000.00.

How you can help

A fundraiser has been set up to help cover the cost of Farkle’s expensive cancer treatment. Almost half of the $9,000 goal has already been raised. Click here to find the fundraiser and donate.