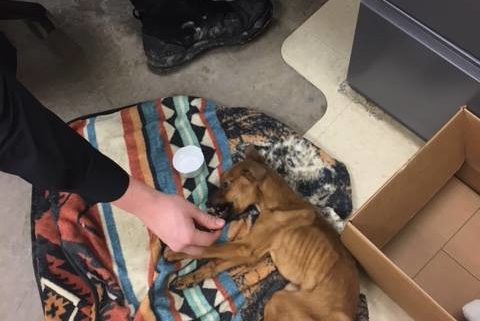 On Friday, patrol officers with Pennsylvania’s New Castle Police Department made a heartbreaking discovery while investigating a possible burglary at an apartment in the Westview Terrace apartment complex. According to the department, a skeletal puppy, too weak to stand, was found locked away in a bedroom of an otherwise vacant residence.

“While officers were checking the vacant residence, officers found a dog locked in the upstairs bedroom. Officers believe the dog was locked in the room for an extended period of time due to the condition of the animal. The dog was severely malnourished and could not walk or even sit up.”

Officers transported the emaciated pup to the police department and provided him with fluids and small servings of food. According to the department, after several hours the puppy finally attempted to sit up and walk. The authorities initially posted the photos and information about the puppy in an effort to find a loving home, but an update on the Department’s Facebook page indicates that the puppy is being turned over to the care of the Lawrence County Humane Society. 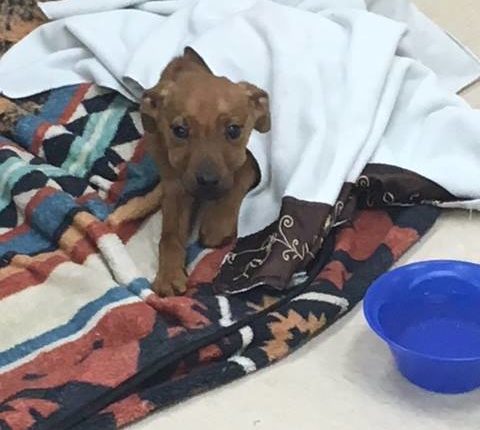 As for the person who allowed the puppy to starve almost to death – criminal charges are pending.