In Tallahassee, Florida, a couple face felony animal cruelty charges for leaving their dog chained to a tree in the cold, without any shelter, food, or water. According to WctvNews,  Tina Hines, 37, and her husband David Guidi, 33, had been keeping the dog tethered in the backyard at their apartment located at Talco Hills.

An investigation began on January 3 after Animal Control received a report about a neglected dog and arrived at the property to find the extremely thin, female tan boxer tied with a plastic and metal cable sitting on top of a Styrofoam block. Hines told the officer her husband had been in the process of building a dog house for their pet. The outside temperature was recorded at 24 degrees – the first time it snowed in Tallahassee in many years.

An arrest report stated the cable around the dog’s neck was:

“… so twisted up that if the dog got off the Styrofoam block the dog would hang itself… The dog also could not lay down or move away from a sitting or standing position based on the tightness of the cable which had become embedded into the dog’s neck.”

The dog was seized and is currently in the care of the City of Tallahassee Animal Shelter where the emaciated pooch weighed only 23 pounds, was infested with fleas and worms, had a body temperature too low to read and had injuries as the result of the cable around her neck.

The dog was taken to the City of Tallahassee Animal Shelter for evaluation. Veterinarians found that the dog named Sadie was severely emaciated and dehydrated. She was also infested with fleas and hookworms, had lacerations on her neck from the cable, and a body temperature too low to get a reading.

Both Hines and Guidi insisted  Sadie had been on a feeding schedule, the pooch has gained more than five pounds in just two days after having been rescued.

(Photo of suspects who left their dog chained to a tree.)

Hines was released on her own recognizance on Wednesday. Guidi is being held on $7,500 bond. 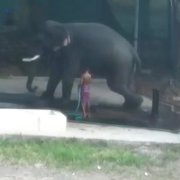 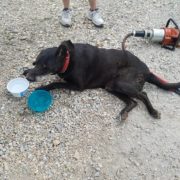 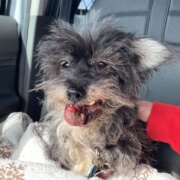 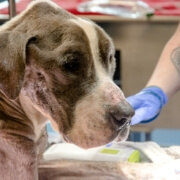 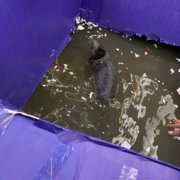 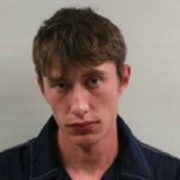 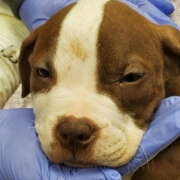 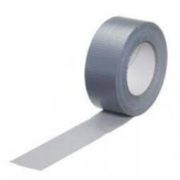 Nurse accused of starving dog for months
Scroll to top