You are here: Home1 / News2 / animal cruelty3 / Owner charged after discovery of dead dog dumped in a suitcase 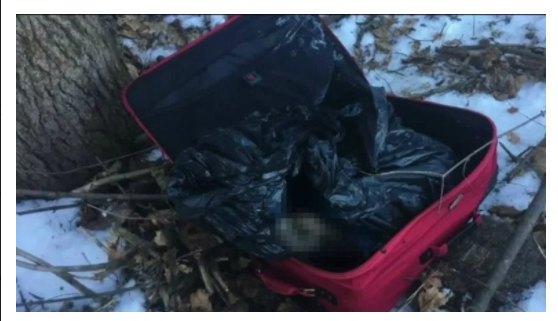 Police in Mt. Carmel, Pennsylvania, have charged the owner of a dead dog who was found abandoned in a suitcase. According to WNEP News, 25-year-old Wilson Martinez, who owned the brown pit bull, is facing a charge of animal cruelty.

The accused man claims that the dog died because he couldn’t afford veterinary treatment.

Martinez claims that his dog, named Playboy, was sick with Parvo, and that he was unable to provide veterinary care. The accused man told the authorities that the dog died at home and after the smell became unbearable, he found a red suitcase to put the dog’s body into and then dumped it in a railroad bed not far from his home.

A necropsy was performed on Playboy’s body – there were no signs of a virus present in the dog’s body, but there were signs that the dog was malnourished and dehydrated, reported the Daily Item.

By the time a passerby found the discarded suitcase, the dog’s body was frozen solid – there was no evidence to suggest that Playboy was alive when he was packed into the suitcase and dumped.

Martinez is also facing a charge for “scattering rubbish.”

Despicable man accused of beating his own puppy and then setting up fundraiser to get money – read the story here.