A Texas police officer’s recent encounter with a “vicious” dog was recounted by the Texarkana Texas Police Department on April 29. According to the department the so-called “vicious” dog was found sitting on the front porch of a house when Officer Travis Frost responded to the call.

Officer Frost was initially unsure how the dog would respond to him, so he left his patrol car door open, in case he needed to escape if the dog charged – but escaping was not an issue for the officer. According to the department, the “vicious” dog was apparently ready to go home, so he ran to the open patrol car door and hopped right in.

The department explained how it all went down…

He whistled at the dog, who then came trotting over to him with his tail wagging. After Travis pet the dog for a minute, he went right up to the patrol unit, jumped in the front seat, and just made himself at home.

The department added a few words about the common misconception about pit bulls:

Pit Bulls have a bit of a bad reputation. Travis said that, while you should always be careful around any dog that you don’t know, you shouldn’t automatically assume that all pit bulls are bad dogs. They might be really loving like this guy was this morning.

On April 30, the department let its Facebook followers know that the dog had been reclaimed by his owners – they wrote:

UPDATE April 30 @ 1:00 p.m.: GREAT NEWS!!! We just learned that Gold, the dog we encountered yesterday, was picked up this morning by his owner at the Animal Care & Adoption Center, Texarkana, USA.

The dog had an implanted microchip, but the information was not up to date – it is critical to keep all contact information on microchips up to date so that animal shelter staff can immediately call owners if their pet is found. Collars with identification tags are another important tool for pet owners, as is the innovative facial recognition technology offered by Finding Rover (learn more here). 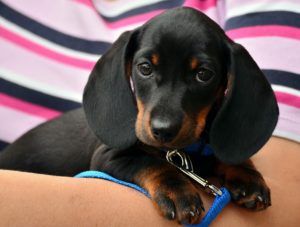 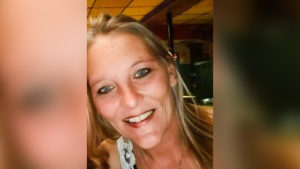