You are here: Home1 / News2 / Dogs3 / Officer and family fight for K9 partner after reassignment 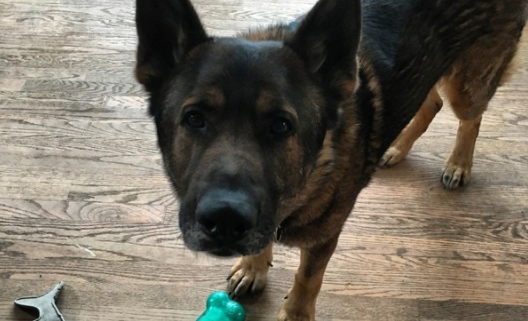 A police officer in Pennsylvania is fighting to keep his K9 partner after his employer reassigned him. Abal, a German shepherd, has lived with Officer Richard Galanti, and his family, since 2013 – but Officer Galanti’s reassignment resulted in the K9 being removed from Galanti’s household.

On the Change.org petition created to help Abal being returned to his family, the situation leading to his removal from their home is explained:

On March 23, 2018 my husband, Officer Richard Galanti of the SEPTA Transit Police Department received a memo from work, they would be transferring him from his K9 unit effective April 1, 2018. They would notify him at a later date of the future of his dog Abal.

Four days later they informed him that Abal would be reassigned to another handler. March 30, 2018, he was instructed to bring Abal to the kennel on the morning of April 3, 2018, where the dog will stay until another handler is found.

According to the Galanti family, Abal is seven years of age and they hoped that he could be retired from his duties and allowed to stay with them. The family wrote:

Abal is almost 7 years old and has worked for the last five years. When we found out about the transfer we hoped and asked that he would be retired. We also asked to possibly purchase a new dog for the department in exchange for Abal. (Although, how we will be able to do that I’m not sure). We haven’t yet received an answer, other than he will be reassigned.

Abal is more than a working K9 – he is part of the Galanti family. Nicole Galanti explained, “We brought him home and fell in love with him. We are the only family he has ever known.”

Read more about the family’s fight to have Abal returned to their home at this link to the Change.org petition.

Sad “old” dog waits to be saved – learn more about how you can help here. 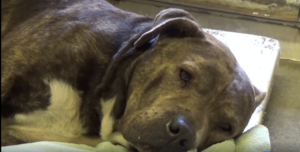 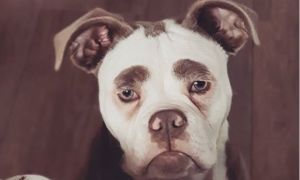