You are here: Home1 / News2 / Dogs3 / dog news4 / No charges against person who shot dog with an arrow 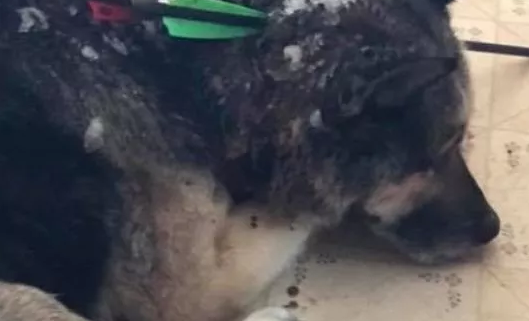 The person who shot a dog in the head with two arrows will not face any charges. According to the Sanilac Broadcasting Company, the Sanilac County (Michigan) prosecutor’s office made the announcement on Wednesday – the individual responsible for shooting the seven-year-old husky mix stated that the dog, named Marty, had been attacking his goats on the day of the incident.

“The evidence tends to support the person’s story that the dog was in the act of attacking his goats at the time that he shot at it, if proven true, he would have a legal justification for his action.”

Marty belongs to Jason Lumley. Lumley’s two dogs had escaped from their home and had been missing for two weeks – on January 12, Marty returned home with the two arrows lodged in his head. Investigators learned that the dogs were actively attacking the man’s goats, inside of their pen, when he resorted to using a crossbow – there was evidence on the property to support the livestock owner’s explanation of what happened. Michigan law states that a person can kill a dog who is in the act of pursuing, worrying or wounding livestock. 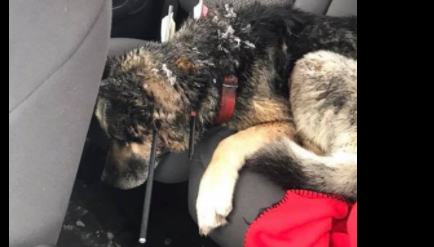 Amazingly, Marty survived the shooting and he has already returned to his home. The release offered words of advice for dog owners:

“While it is fortunate that the dog is expected to recover, this case serves as a good reminder that it is a dog owner’s responsibility to keep the dog safely at home so that incidents like this do not occur.”