You are here: Home1 / News2 / animal cruelty3 / Man who lopped off dog’s leg with garden shears asks for forgive...

The man who lopped off his dog’s rear leg with garden shears and a kitchen knife has asked for the public’s forgiveness. As reported by Fox Detroit News, the Labrador retriever’s owner, Charles Wofford, has explained that the dog’s leg needed to be removed after a dog fight, but he did not have the money for a veterinarian.

Wofford claims that gangrene was setting in, so he got some toothache numbing gel and started amputating his dog’s rear leg. He explained, “I used tooth ache medicine for your gums for teething, I put that around there. I was able to cut around the bone as clean as possible and I was eventually able to take the leg off.”

While the man claims that his dog didn’t suffer, the Michigan Humane Society has other thoughts. Matt Pepper, shelter president and CEO, stated:

“I’ve been in animal welfare roughly 20 years and much has been spent doing animal cruelty investigations, and I’m not sure I’ve ever seen an animal that has been forced to endure such incredible suffering. This is truly torture,”

The dog is now receiving veterinary care following the at-home amputation – so far, the owner is not facing charges. Wofford hopes that people will forgive him for his decision to amputate his dog’s leg. He said, “I ask the public to forgive me for what I’ve done and try and understand that I love my dog and I wasn’t trying to do it in the best welfare for my animal.” 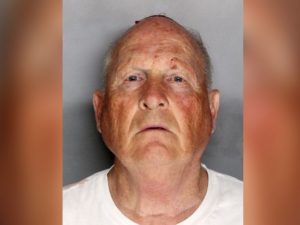 Monkey forced to wear a mask to get money for human…read more here. 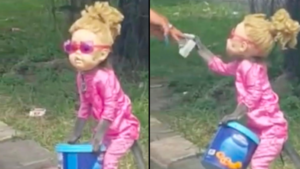