You are here: Home1 / News2 / animal cruelty3 / Man who beat dog with baseball bat found guilty, but no jail time

An Ohio man has been found guilty of beating his dog with a baseball bat, but he won’t be spending time in jail. According to WLWT News, 18-year-old Clayton Sisco was found guilty of cruelty to a companion animal, but he was given a stay for his 90 day jail sentence.

On June 30, someone captured video showing Sisco beating a pit bull with a baseball bat. The dog, named Deuce, could be seen trying to get away from the teen with the bat. Sisco admitted that he had beaten the dog because he was “punishing” him for pooping in his cage; the dog belongs to one of Sisco’s roommates.

Fate of the beaten dog

Deuce survived – but he was bruised after being beaten with the bat. According to Journal-News, the pit bull was taken to Animal Friends Humane Society to recover. Staff at the animal shelter has noted that Deuce is a “very friendly” dog. After Sisco’s cruel incident was discovered, seven other dogs at the same residence were removed.

Woman beat dog to death with a crowbar because she didn’t want to take her to the vet – read more here. 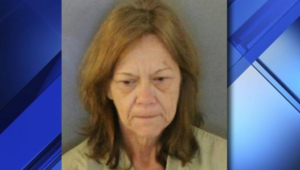 Nobody interested in dog left at shelter when family moved – read more here.

Cat shoved into hot mailbox dies: Was it a cruel prank?
Scroll to top