You are here: Home1 / News2 / animal cruelty3 / Man stabbed dog in the head because she went into heat 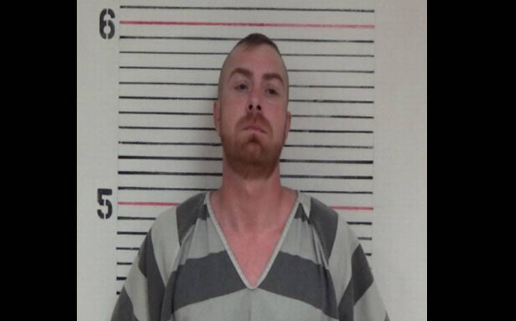 A Texas man is accused of stabbing his dog in the head with a kitchen knife because the dog went into heat. According to the Star-Telegram, 30-year-old Matthew Shane Clements is facing a charge of animal cruelty for the incident which took place at his home on Monday evening.

As reported by the Star-Telegram, Clements was angry that his dog was in heat – the female pit bull was bleeding in a bathtub, which angered the man. When officers arrived to the scene, Clements admitted that he was angry at the dog and had hit her in he head when she “snapped” at him. Clements apparently outed himself to the authorities after stabbing his dog in the head – he had his neighbors call the authorities.

The dog after the attack

The dog was taken to an emergency veterinarian for the stab wound above her eye. The knife pierced her skull and is lodged in her head…an expensive surgery is required to remove it from her skull. The dog was taken into custody by the Parker County Animal control – she is receiving veterinary care.

The man accused of the cruel attack was arrested and taken to the Parker County Jail.