A man in South Korea is accused of a particularly cruel situation that involves his neighbor, and his neighbor’s dog. According to the Guardian, the unnamed 62-year-old man admitted to the authorities that he was so frustrated with the barking from his neighbor’s Corgi that he threw rocks at the dog – when the dog lost consciousness, he strangled it.

What allegedly followed is truly sick – the dog killer invited the pet’s owner and family to dinner, not telling the neighbors that the main course was their recently killed dog.

According to the South China Morning Post, a petition asking for the dog killer to be punished has garnered over 15,000 signatures.

The consumption of dog meat in South Korea has been happening for decades – recently, however, animal rights activists have brought the controversial practice into the worldwide spotlight. Despite calls to end the consumption of dog meat, upwards of 1 million dogs are eaten each year by residents in the nation. When the winter Olympics were taking place, the government issued a request for dog meat to be removed from restaurant menus…despite the request, eating establishments were defiant and man chose to keep the controversial entree on the menu.

(Stock image of Corgi via Pixabay) 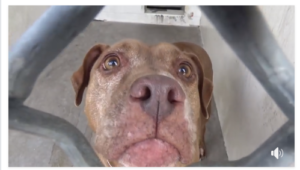 Selfless woman races onto roadway to save her dog – both are killed by car. Read the tragic story here.