You are here: Home1 / News2 / animal cruelty3 / Man killed by trying to stop thieves who stole his dog 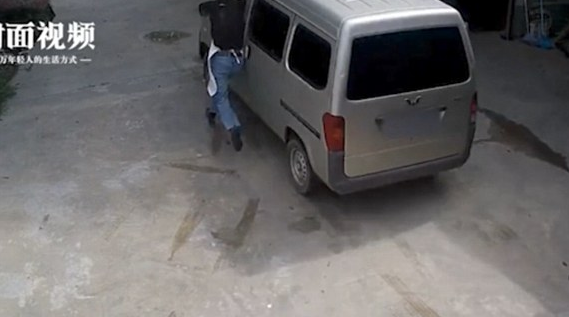 A man lost his life while trying to stop thieves who had stolen his dog in in Chengdu, China. According to the Daily Mail, the 48-year-old man attempted to stop two men who were driving a silver van – the men had thrown his dog inside of the vehicle and were driving away.

The victim, Xie Xingcai, was dragged by the vehicle driven by the thieves and he suffered severe head injuries; he was taken to a hospital and later died from complications stemming from the violent incident. The authorities ultimately caught up to the thieves, who are identified as Xu Feng and Zhang Bo, and they recently pleaded guilty to theft and unintentional murder.

Xu Feng and Zhang Bo were found to be part of a gang which was involved in illegal dog meat trade – theft of residents’ dogs runs rampant in areas of the country, especially in the time period leading up to thedog meat festival that is held in Yulin, Guangxi.

No word on the fate of the stolen dog.

More: Visitor records shocking dog attack at shelter play area – protocol changes have since been made