A New York man is facing charges after one dog suffered fatal stab wounds and another was grievously injured. According to Newsday, 25-year-old Malik Fields of Brentwood, was arrested this week after he allegedly stabbed two dogs, inflicting fatal wounds to one pit bull, and serious shoulder wounds to another.

According to reports, the stabbings took place early Tuesday morning in the midst of a domestic dispute between Fields and his girlfriend.  When a family member tried to intervene, Fields turned his anger to the family’s dogs and also threatened his sister with a three-inch pocket knife.

One dog suffered a life-ending injury and had to be euthanized – the other dog, a pit bull named Chocolate, has been taken in by the Strong Island Animal Rescue League. The injured dog underwent surgery and is recovering. The rescue group wrote:

“Happy Thanksgiving to the ones that are have had it rough and are now safe, thank you Dr. Greco for all you help today with this sweet boy. Teamwork saves them.” 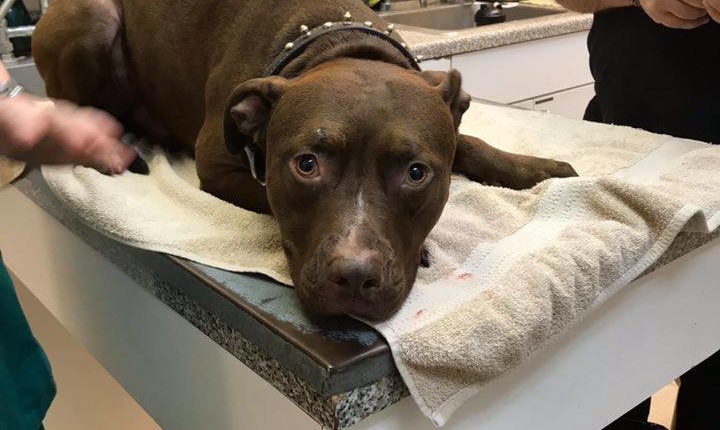 Charges and an arrest

The incident has resulted in two felony counts of aggravated cruelty to animals – Fields has been ordered to stay away from all animals.