You are here: Home1 / News2 / animal cruelty3 / Man arrested for fatally shooting dog who ‘jumped’ on his dog... 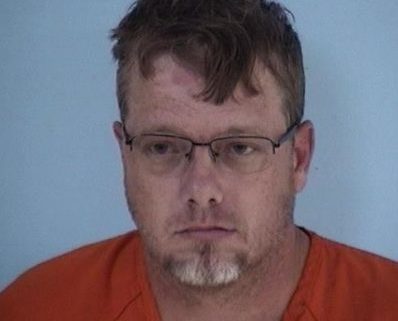 Earlier this week, a Florida man was arrested for allegedly shooting and killing a dog who “jumped on” his dog the night before. According to NWF Daily News, 44-year-old Robert Lee Bryan is accused of shooting a brown dog with a .40 caliber handgun on Tuesday.

A Walton County deputy driving near the incident heard a gunshot – the deputy observed a brown dog lying in the street on Juniper Avenue and proceeded to conduct a traffic stop for the suspected shooter. The man, who identified himself as Robert Bryan, told that deputy that he had killed the dog because it “jumped on” his Yorkie the night before.

There is no information regarding who the deceased dog belongs to.

Bryan was arrested and he is facing charges of aggravated animal cruelty and discharging a firearm in public within 1,000 feet of a person. He was transported and booked into the Walton County Jail and received a $2,500 bond.

More: Pup returned to shelter because he chewed – now he’s in danger. The story here.