A California man has been arrested for allegedly beating a four-month-old puppy to death in San Francisco. According to NBC Bay Area, the puppy-killer, identified as Mark Allen Haberman, is  facing a felony animal cruelty charge for the November incident which resulted in the death of a pit bull puppy named Skunky.

Skunky’s body was found on November 28, 2017, on the 1100 block of Laguna St. The puppy died from blunt force trauma to the head. Investigators were led to Haberman; the puppy’s blood was discovered in his home, reported CBS San Francisco.

“We’re pleased that our diligent work led to an arrest in this horrific case. Animal abusers need to be held accountable for their actions.”

Meanwhile in Ohio, a huge reward is offered for information about a cruelty case which left a puppy dead. A private donor and an animal welfare agency have joined forced to offer $10,000 for the case which involves a puppy who suffered fatal injuries after allegedly being kicked by a group of children. Read the story here. 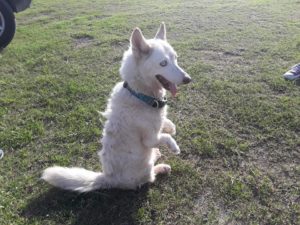