You are here: Home1 / News2 / animal cruelty3 / Man accused of shoving hose down dog’s throat to teach a lesson 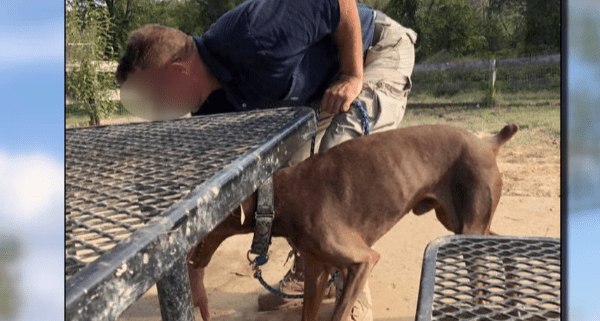 A cruelty investigation has been instigated after a man allegedly shoved a hose down his dog’s throat to teach the dog a lesson. The horrible incident took place on Wednesday at a Richmond, Virginia, dog park reports NBC 12 News.

“When he realized it was just grass he slammed the dog to the ground by the neck, grabbed a hose and turned it on. He then proceeded to shove the turned-on hose down the dog’s throat saying, ‘This is what happens when you don’t listen to me.’”

Hayley tried to comfort the dog and alleges that the man swore at her and told her to mind her own business.

The seemingly cruel incident has been reported to the local animal control agency. Richmond Animal Care and Control outreach coordinator Robin Young has stated that an investigation is open, but the agency needs more information. Young stated:

“We advise people at the park to let us know if you see him again. Take photos, videos, or even a license plate number, if safe to do, so we can investigate.”

Individuals who see a possible act of animal cruelty are encouraged to contact RACC at 804-646-5573.

Too odd looking to be adopted? Sweet Huckleberry needs a home