A North Carolina man is facing a charge of felony animal cruelty for allegedly punching his puppy and causing fatal injuries. According to the Fayetteville Observer, 22-year-old Kevin Walters, of Jacksonville, made his first appearance in court on Friday for the crime which took place on June 11.

Man accused of punching his puppy

Walters allegedly launched the vicious attack after picking up his three-month-old Belgian Malinois mix while the puppy was peeing on a porch. According to a release, Walters picked the puppy up by the neck, which caused the puppy to turn and grab his arm. It was then that the man allegedly began punching the puppy in the side.

The damage was done

The punching led to broken ribs – one of which punctured a lung. Walters realized that something was wrong when the puppy began to show signs of labored breathing. The man took the puppy to a veterinarian, but the damage was done and the pup died during treatment.

Onslow County Animal services has charged Walters with felony cruelty to animals. The man is currently free on $5000 bond and due back in court on July 5.

Couple viciously beat dog and left her in a trash bag to die – read more here. 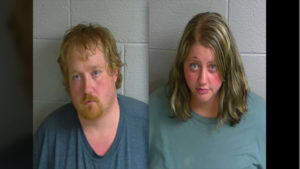 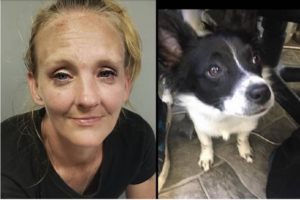 Dog tried defending himself from cruel owner
Scroll to top