A husky has been impounded after a killing spree which left dozens of animals in Tooele, Utah, dead. According to KDVR News, the four-year-old husky, named Nikita, escaped from her home over the Memorial Day weekend and proceeded to kill nearly 30 animals at a nearby home and petting zoo.

Nikita’s owner, Mackenzie Morton, is shocked by the husky’s behavior. Morton told the news agency, “I didn’t think she was going to go on a killing spree. I did not know that at all.” According to Morton, Nikita had never done anything in the past which would have predicted her deadly rampage in the area.

The animals who died

Many of the animals who died were located nearby at Trip Kiss’ petting zoo. The deceased include rabbits, ducks, a turkey, chickens and a goose. Another area resident lost 15 chickens as well.

The husky has been impounded and she will be held for 10 days in quarantine. Her fate at this point in time is uncertain. Her owner is also facing multiple charges for the attacks, including one for allowing the dog to be “running at large.”

What more could have been done?

After Nikita escaped from home, her owner didn’t conduct a thorough search because it was dark and she didn’t want to wake her neighbors by calling for the dog. She has expressed sadness over Nikita’s behavior and reiterated that she had no idea that the dog was capable of the killing spree that took place.

Dozens of animals died after being abandoned in pet store – read more here. 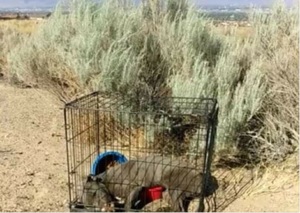