“I suppose this is our contribution to flood relief. Wonder, the blind mare, and her companion Bosephus, the donkey, are now safe at STAR Ranch away from the East coast floods. Rescue groups out there are all full and none would take this pair. They settled in immediately grazing while Bo let all of Haywood County know they were here! What a voice he has!,”Karen Owens, the owner of Star Ranch posted on the group’s Facebook page.

The blind mare named Wonder can’t see her new surroundings, but has been  quietly settling in with her “bestie” Bosephus (Bo for short). Bo follows Wonder wherever she goes, however he’s a bit more vocal than his gal pal. It would seem everyone knows a donkey has taken up residence at the ranch.

According to WlosNews, the two came from a Wilmington farm that had been flooded. Three pigs were also rescued and transported to a safe area.

“Her 2-year-old seeing eye donkey is with her and she felt comfortable and secure. Those two haven’t been more than about three feet from each other all night,” Owens stated.

Donations to the rescue can be made by clicking here. 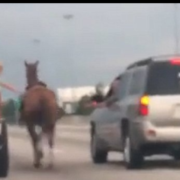 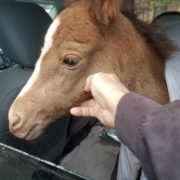 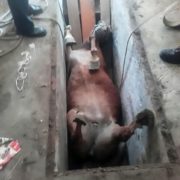 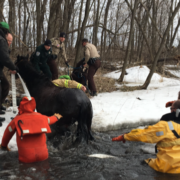 Spring in Minnesota and horse fell through melting ice 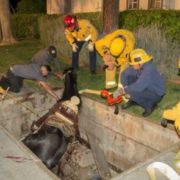 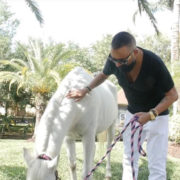 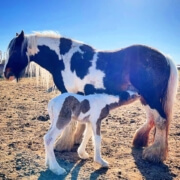 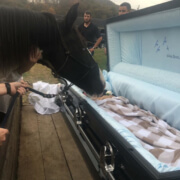 Abandoned dog was apparently used as ‘target practice’ by someo...