You are here: Home1 / News2 / animal cruelty3 / Hundreds of neglected animals removed from one home

This week, hundreds of animals were seized from one property in Grimes County, Texas. According to multiple sources, the Grimes County Sheriff’s Office and the Houston Humane Society worked together to rescue nearly 300 dogs and miniature horses from property in the 7000 block of State Highway 30 in the Carlos Community.

Upon arrival, law enforcement investigating the site found one dead horse and several dead dogs scattered around the property. Authorities confirmed that animals had been seized from the property before. The owner still has not been charged.

Dozens of dogs were found living in rusted wire cages which were stacked on top of each other. The animals are suffering from various maladies resulting from neglect, including being malnourished and having parasite infestations. 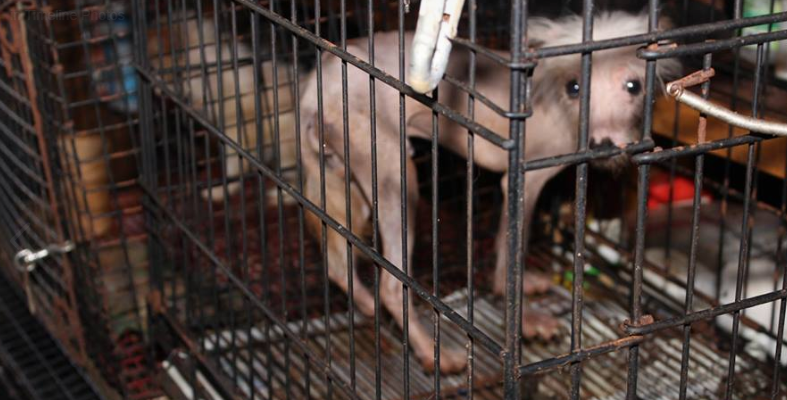 As reported by KBTX News, the search warrant was obtained after an anonymous report was made to the authorities about concerning conditions at the property. The animals removed from the home are receiving veterinary care.

Dog adopted and then found as a stray – nobody came for him, now he is...