You are here: Home1 / News2 / animal cruelty3 / Homeless woman fatally beat puppy who belonged to woman that offered her... 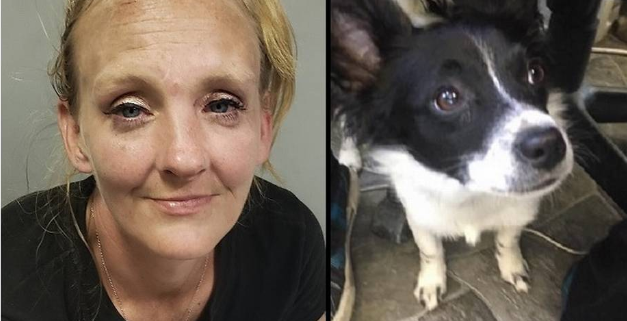 A homeless woman, who had been living in a tent, repaid the kindness shown to her by a woman in Herrin, Illinois, by bashing in the skull of the good Samaritan’s puppy and causing his death. According to the Belleville News Democrat, 39-year-old Sandra Cain is now facing a class 4 felony of cruelty to animals.

Cain and her husband had been living in a tent on public property when Jessica Messina offered to let the couple put their tent in her backyard, and use the facilities at her home. Messina later asked Cain to leave after finding the woman rifling through her roommate’s belongings. Shortly thereafter, the woman allegedly choked Messina’s black and white puppy named Rascal, and then smashed the puppy’s skull with a brick.

Cain’s act of violence to the seven-month-old puppy is senseless and cruel. Herrin Police Deputy Chief Warren Blake called the act “horrendous.” The police gave Cain the strongest charge that they could – she is currently behind bars.

(Screenshot of accused puppy killer and Rascal via Belleville News-Democrat)