Gus Kenworthy captioned an Instagram photo, after announcing on Saturday that the dog he rescued from a South Korean meat farm had died as the result of a heart defect. The dog named Beemo had been adopted during the 2018 Winter Olympics in PyeongChang. 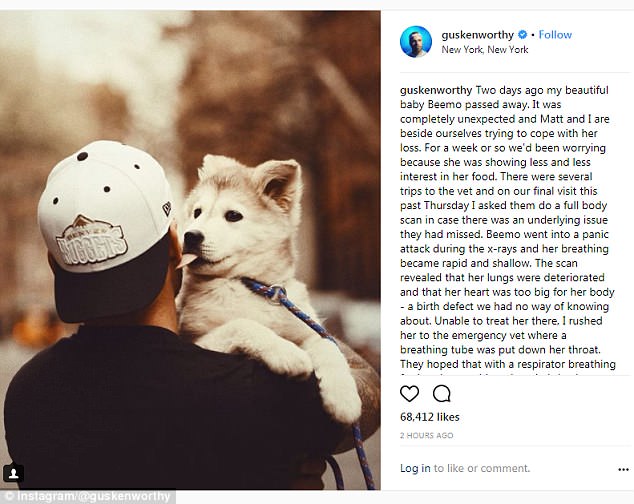 “Two days ago my beautiful baby Beemo passed away. It was completely unexpected and Matt [Wilkas] and I are beside ourselves trying to cope with the loss. For a week or so we’d been worrying because she was showing less and less interest in her food. There were several trips to the vet and on our final visit this past Thursday I asked them do a full body scan in case there was an underlying issue they had missed. Beemo went into a panic attack during the x-rays and her breathing became rapid and shallow. The scan revealed that her lungs were deteriorated and that her heart was too big for her body – a birth defect we had no way of knowing about,” Gus wrote on Instagram. 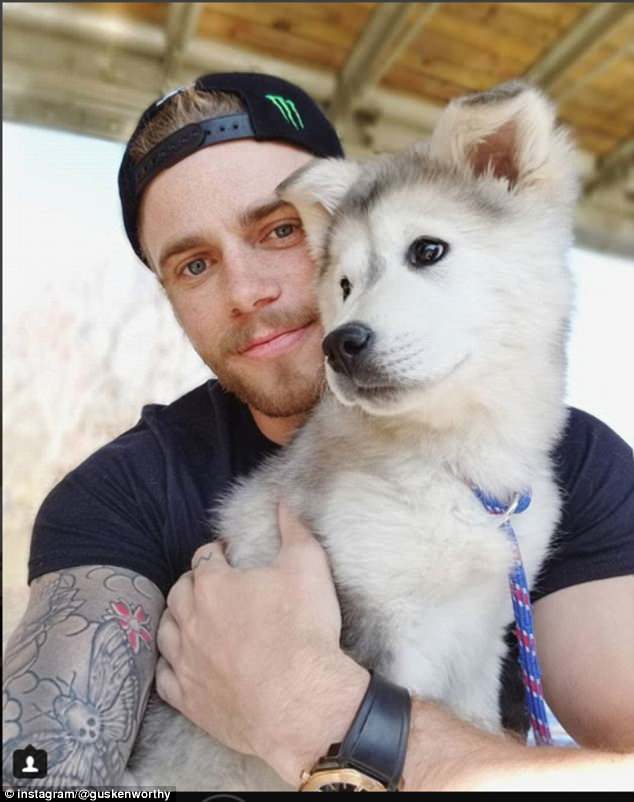 Although Kenworthy then rushed Beemo to the vet where she was placed on a respirator, her vitals were never able to return to normal. Sadly it would not have mattered had Beemo’s condition been diagnosed earlier – she had been living on “borrowed time.”

“She was so smart and playful. She brought so much happiness to so many people every single day. I’ll always remember being out on a walk with her and every other second she would get stopped by someone wanting to pet her, kneel down and kiss her, hold her in their arms or take a photo…” 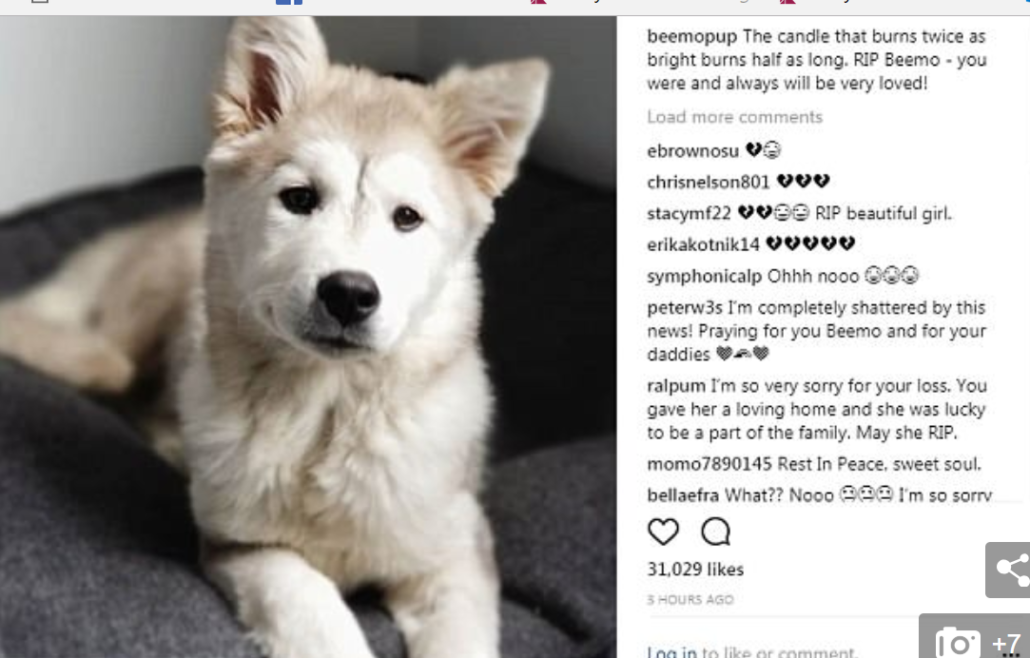 For everyone who remembers when Kenworthy and his boyfriend Matthew Wilkas visited one of the 17,000 dog farms in South Korea, it had been love at first sight when they found the adorable puppy. Beemo was finally was able to enter the United States after her quarantine. She had garnered more than 130,000 followers on Instagram and has continued to advocate for the rescue of dogs raised in the most inhumane conditions in South Korean meat farms.

Hunter killed by buffalo after killing another buffalo

Dog owner left dogs in hot car: ‘I was drunk’
Scroll to top