You are here: Home1 / News2 / animal cruelty3 / Former Navy Sailor Faces up to 7 Years in Prison for Distributing Animal...

Naval Criminal Investigative Service (NCIS) agents were tipped off to O’Sullivan’s distribution of videos depicting the torture and killing of animals in June 2016 – as the case was investigated, the former sailor was found to have multiple animal crush videos on his digital devices. The Department of Justice described what was found:

In one video, a dog’s mouth is closed with duct tape as it is set on fire. In another, a dog is thrown off a high-rise building. Other videos depict mice and baby chicks being ground-up in a blender.

In September 2017, O’Sullivan received an other than honorable discharge from the Navy. O’Sullivan will be sentenced in August – he faces up to seven years in federal prison and a possible $250,000 maximum fine. 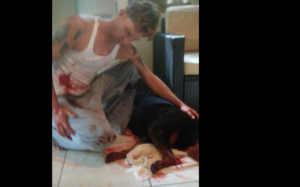