A Florida woman can thank her dog’s veterinarian for helping her to escape from her boyfriend who had been holding her captive at gunpoint. On Saturday, the Volusia County Sheriff’s Office stated the woman had been held captive for two days when she managed to slip a note to the vet:

“Call the cops, my boyfriend is threatening me. He has a gun. Please don’t let him know.” 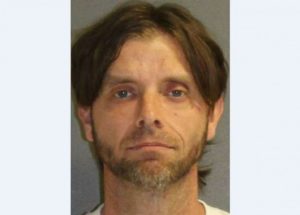 Caroline Reichle, 28, had been in bed all day on Thursday because of a head injury incurred after her boyfriend had beaten her, but had been able to convince him on Friday afternoon to allow her to take the dog to the DeLand Animal Hospital. The boyfriend agreed, but insisted on accompanying her – carrying a loaded handgun. On the drive to the vet, her boyfriend threatened to kill her and her family.

Floyd is currently being held at the Volusia County Branch Jail with no bond.

Hunter killed by buffalo after killing another buffalo
Scroll to top