A couple in St. Petersburg, Florida, is devastated by the unexpected loss of their senior dog, who was killed by otters on Easter morning. According to NBCi 4 News, Marilyn and Jack Frieman have lived in their home overlooking Boca Ciega Bay for decades, but Sunday morning’s incident was unlike anything they have encountered before.

Bucky, a 13-year-old Papillon, was attacked by otters who had crawled into the backyard – the Frieman’s grandson witnessed the attack and ran for help, but it was too late. Bucky was rushed to an emergency veterinarian but the damage from the attack was so severe that he died.

Jack told the news agency, “It’s been shattering for me. Every time I think if it, I start crying.” And he has a warning for other pet owners who live in the area, “I think that people should watch out for their pets, in fact, every time I see somebody with their dog, I ask ’em, ‘if you live on the water, please look out for that.”

Though people may not think that otters are animals to be feared, just last month a 77-year-old woman was attacked by one while kayaking on the Braden River in Florida. The woman suffered injuries on her arm, face and ear and her kayak flipped over while she tried to fight the wild creature off. As reported by USA Today, the Florida Fish and Wildlife Conservation Commission had heard of several otter attacks in the same period of time. However, a kayak guide reported that otter attacks, in general, are quite rare. 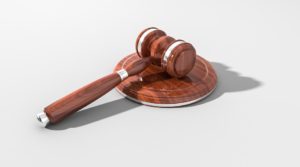