A five-week-old tortured puppy in Clarkson, Michigan dumped in the bushes of a mobile home park clinging to life and suffering from a fractured skull and brain damage has been making incredible progress. A Good Samaritan found the puppy that had been covered in maggots and quietly whining in agony, contacted a volunteer from Canine Companions Rescue Center – currently caring for the puppy. 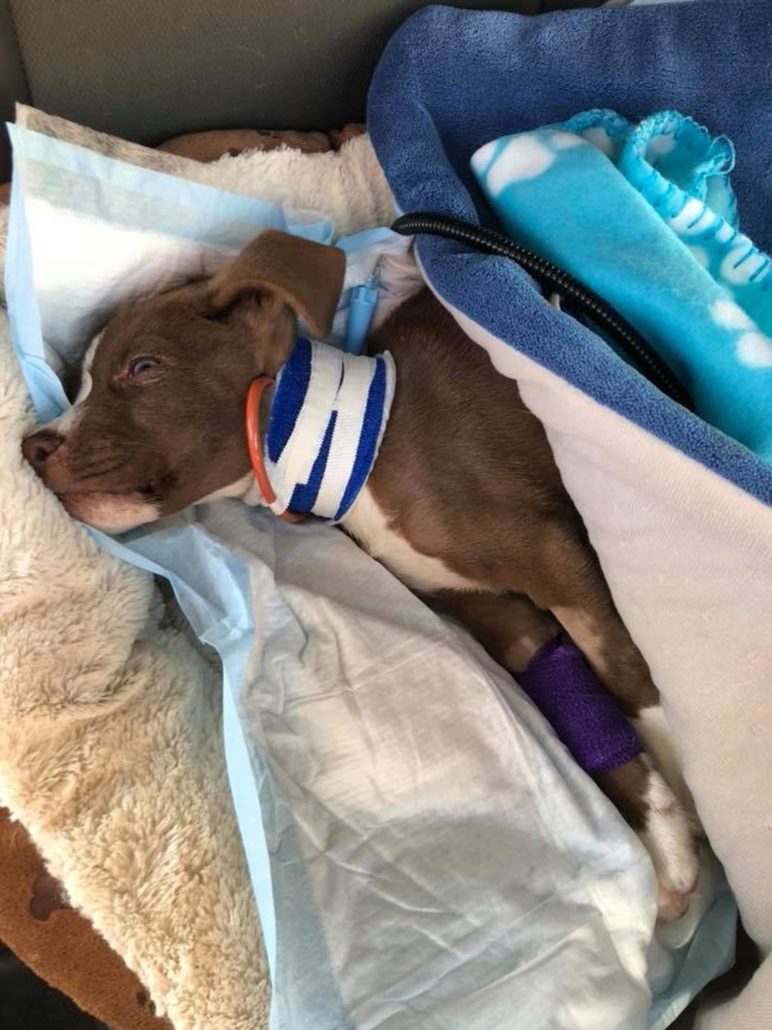 The puppy had been dumped in the bushes of a nearby mobile home park on July 24.  A Good Samaritan found the pooch, dubbed Rumble, clinging to life. After being found, Rumble was rushed to a local animal hospital and surprised everyone by making it through the night, which was especially shocking after doctors found that the puppy had a skull fracture from blunt force trauma. Intravenous feeding tubes and 24/7 care kept Rumble comfortable and out of pain, however his physical condition failed to improve. 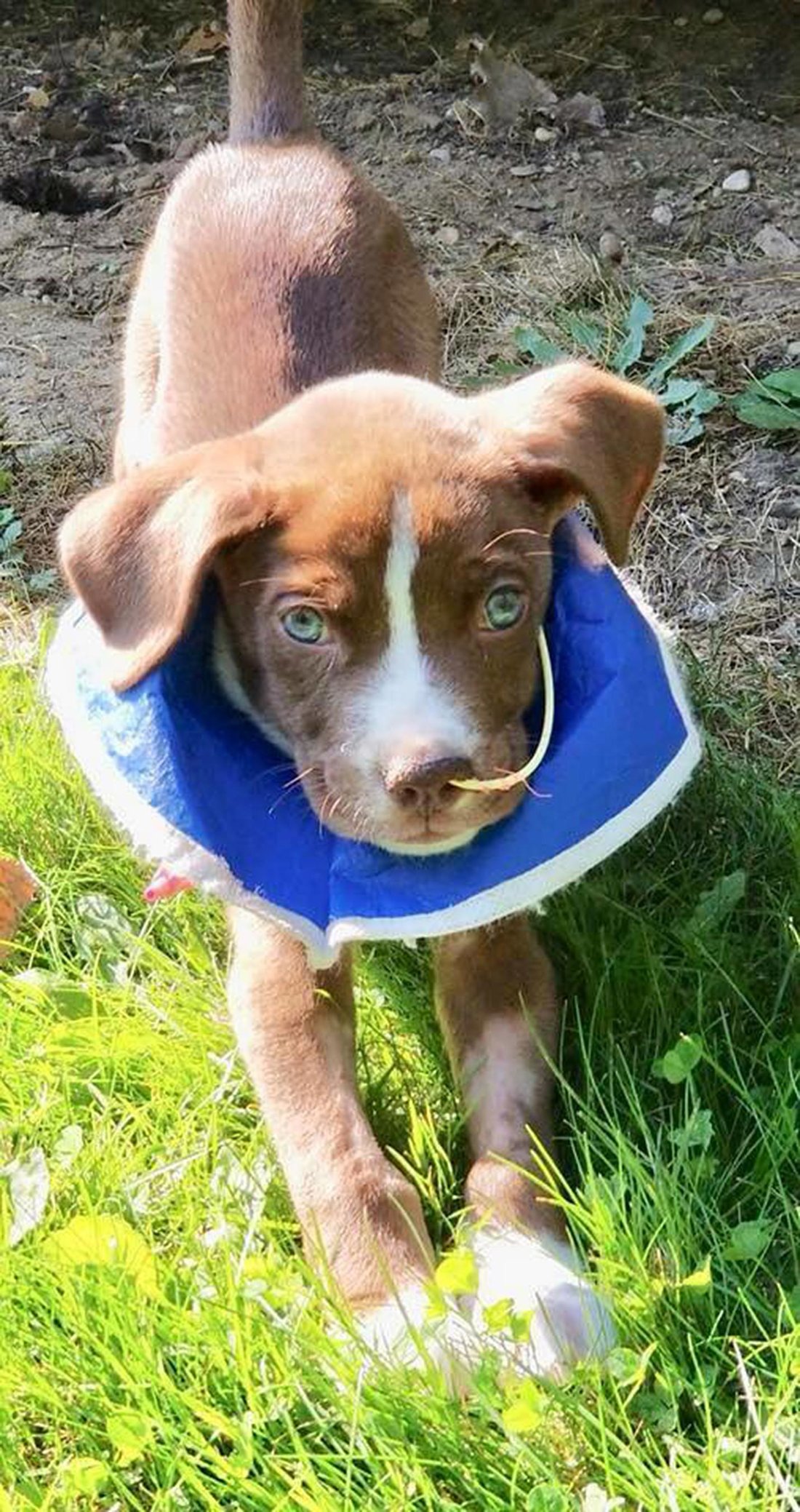 The pup’s brain damage affected to regulate his body temperature, eat and move around on his own. For over a month, Rumble’s neurological damage prevented his further recovery and rehabilitation. After the rescue took the puppy to an animal neurology center, Rumble continues to make progress. 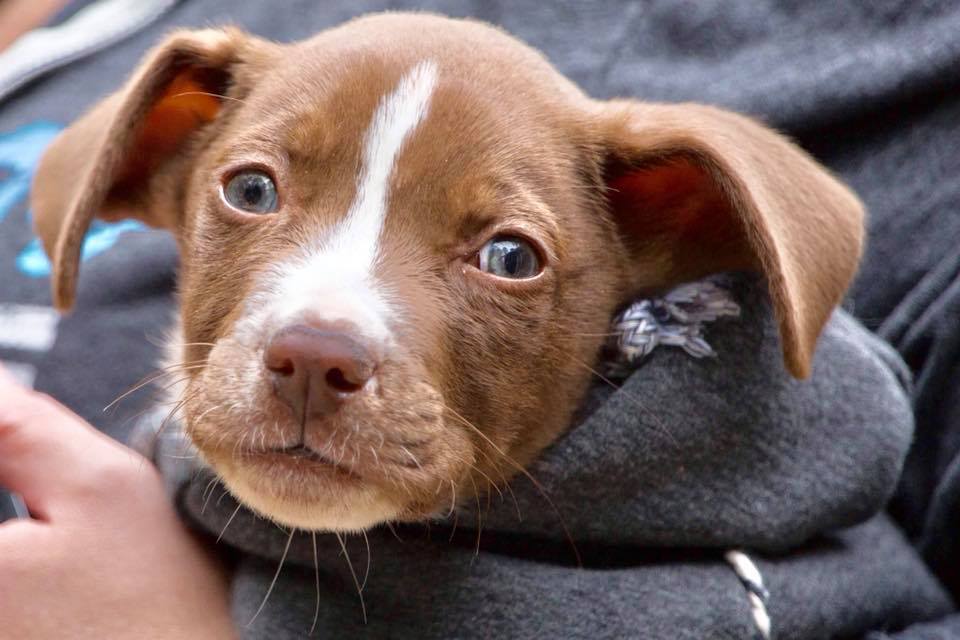 On Sunday, the adorable puppy’s update brought smiles and accolades to his continuing spunky recovery:

“Rumble Update this little boy is happy to announce that he has been eating on his own for a full week and has gained 2lbs
We are super happy about the weight gain and his increased spunky puppy behavior
Party time for Rumble now includes but not limited to playing with toys, playing with his foster siblings, chewing on anything he can get his puppy mouth on and prancing his little body around to get to his foster mom when he hears her voice
These activities are all wonderful progress for our little boy
We want to thank everyone for sending prayers and positive vibes towards his recovery.”

If you can provide any more details about the abuse of Rumble contact Oakland County Animal Control at (248) 858-1070.

Yesterday in the news: Dog left to die after being hit by car makes remarkable comeback after help arrives – more here.

Senior dog in need: Family left blind dog at shelter – asked them to put her down. She needs your help!

Man charged after dragging dog to death behind truck