Five dogs have been rescued from a life of misery in Laurens, South Carolina. According to multiple sources, authorities, acting on a tip, discovered the dogs living in wooden boxes and on the end of heavy, locked chains, at a residence on Wofford Shoals Road.

As reported by Fox Carolina, one dog’s chain was so tightly wound around its neck that the Durbin Creek Fire Department had to be called in to cut it off. None of the dogs had any access to food or water. One dog was running free – apparently after escaping from a chain.

Deputies from the Laurens County Sheriff’s Office also found a note taped to the door from Animal Control – the note was dated Sept. 12 and as of Sept. 14, the agency had not heard from the dogs’ owners.

Brandon and Robin Hayes have been arrested and charged with ill treatment of animals. The pair were transported to the Johnson Detention Center. 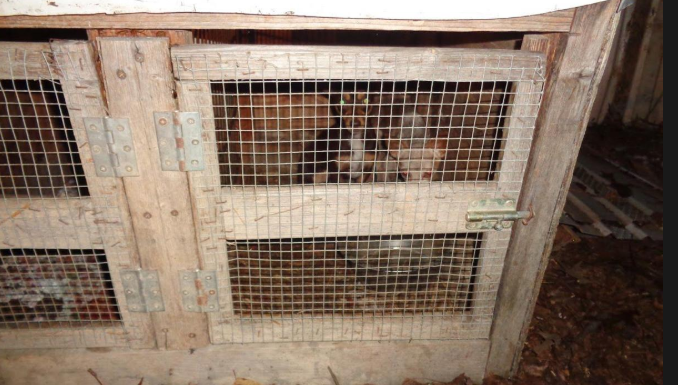 Adorable! Dog got the zoomies at an office

Man angry that tethered pup seized and won’t be returned unless she is...
Scroll to top