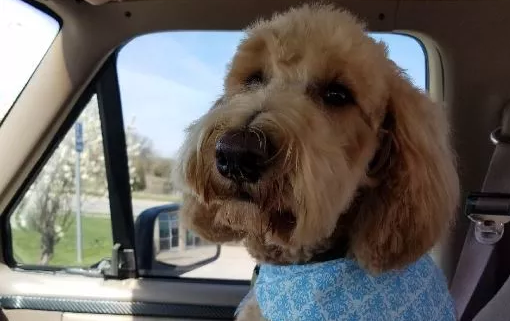 A family in Olathe, Kansas, is grappling with the unexpected and tragic death of their beloved dog who was recently found dead beneath a pool at a doggy daycare facility. According to KCTV 5 News, Douglas, a Goldendoodle, was left at Fetchers Play and Stay because his owners wanted him to have the opportunity to socialize with other dogs.

What happened to Douglas?

On the day of the tragic incident, Douglas’ owners went to pick up their pup from the doggy daycare facility – in times past, there was no issue. But on this particular day, the staff couldn’t find Doug. Doug’s human dad, who has chosen not to be identified, told the news agency:

“They couldn’t find him. They looked all over for him. Someone decided to lift up the pool and when they lifted up the pool, unfortunately, he was underneath of it dead. He laid there undetected for four to four and a half hours.”

A plastic pool apparently flipped over on top of Doug and other dogs jumped on top of it – the trapped dog, who was beneath the pool for several hours, died. For hours, nobody noticed that Douglas was missing…

Doug’s family did what you are supposed to do when choosing a doggy daycare – they visited several facilities in person before making their choice. The facility where Doug died has taken responsibility for the fatal mistake. Staff, which is said to be grieving and heartbroken over the dog’s death, plans to improve training and put better safeguards in place.