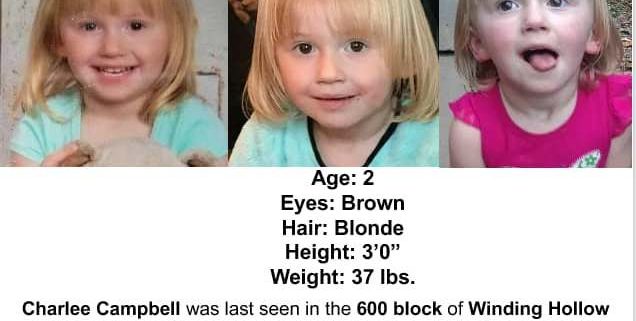 Charlee Campbell, 2 and her pit bull named Penny are safely home. On Saturday, a neighbor of the Lebanon Junction, Kentucky stated he had been sitting on his couch Saturday when he saw the little girl, who had been missing for two days, playing in his backyard. 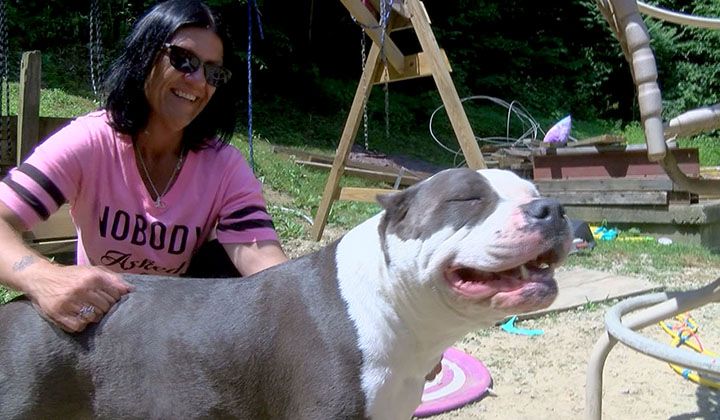 According to WalbNews, Charlee, who is autistic, disappeared on Thursday morning with the dog. Charlee lives with her grandmother and had still been in her pajamas. For 36 hours the little girl could not be found, but miraculously turned up just 500 yards from her own home. Bullitt Fire Chief Erik Butler said he had been at Charlee’s grandparents’ home when Penny showed up shortly before Charlee was found.

“This is our hero right here,” Campbell said. She believes Penny stayed with the little girl the entire time she was missing. “When my dog didn’t come home, and my baby wasn’t home, she was not going to leave that baby until she got here.”

Authorities and volunteers had searched everywhere, and it’s still hard to believe no one found the child or the dog. And then they appeared. People are calling it a miracle. The Bullitt County Sheriff’s Office posted the good news on their Facebook page:

“Charlee’s amazing survival story continued tonight when she walked up on a porch on Roy Layne Road this evening. The homeowners realized who she was and contacted authorities. She has no obvious serious injuries but did appear dehydrated and had some tick bites. She is en route to the hospital for evaluation. Ironically, her dog returned home on its own a few minutes prior to Charlee approaching the homeowners. We cannot thank enough the firefighters, EMT’s, dispatchers, search teams, other public safety agencies and the volunteer searchers from the community. Bullitt County residents always step up to help each other.”

An investigation into what happened continues.