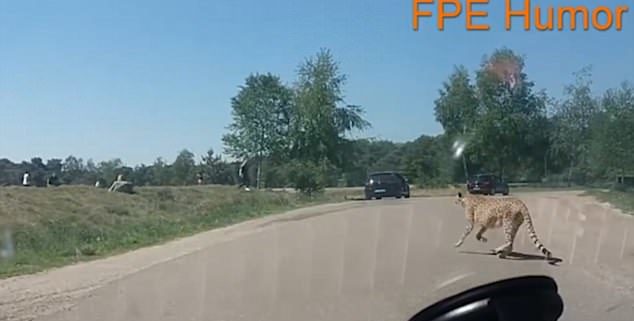 A French family narrowly escaped the wrath of a pack of cheetahs after exiting their vehicle at the  drive-through Safari Park Beekse Bergen in the Netherlands. The tense moments were caught on video and posted on social media Friday by a group of tourists in the vehicle behind the family as they ran back to their car uninjured. 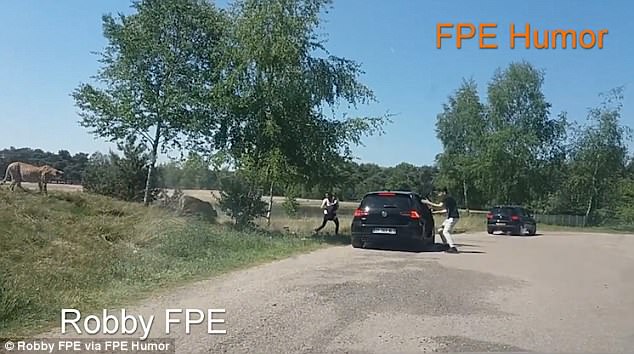 According to the Daily Mail,  three cheetahs had been resting on the grass as the family parked their car just a few feet away. A man got out of the car and started to take photos. Just moments later, a woman exited the car and opened the trunk – a small child climbed out of the car behind her. They then get back into their vehicle and drove off, but one cheetah started to chase behind the car.

As if that should have been a lesson in good sense, apparently some people just don’t “get it.” Moments later, the video shows the family leaving the car again and walking towards a small knoll area to take more photos. This time, however the cheetahs are paying attention and quickly surround the family. The tourists videoing the tense situations could be heard yelling in panic.

The cheetahs circled as the woman picked up the small child; the man stopped to stare at one of the cats. One cat lunged at the man, but the family were able to get back into the car just in time.

Visitors are instructed never to leave their vehicles, and park officials had not been notified until the video went viral on social media.

(Photos screenshots and video via FPE Humor and Mixed Bytes)