Last week, the tables were turned on poachers who intended to kill elephants for their tusks. According to Metro U.K., three poachers were killed in a shootout after they illegally entered Mount Elgon National Park in Kenya.

The deadly toll of poaching

Though the trading of ivory is banned internationally, elephants are still slaughtered for their tusks. According to WWF, in the 80s, an estimated 100,000 elephants  were being killed each year. The ivory ban helped some of the elephant herds to recover, but recently, there’s been an upsurge in poaching because if the demand for ivory in Asia.

On June 9, forest rangers discovered the body of a 27-year-old male elephant named Bunta inside the Leuser Ecosystem in Indonesia; one tusk was missing and he is presumed to have been killed by poachers, reported Mongabay. Bunta’s death is believed to be the second elephant poaching casualty in Indonesia this year. 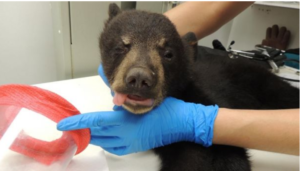 Save a life: Neglected 14-year-old shepherd hidden in quarantine