A badly neglected, elderly dog was discovered inside of two black trash bags in Rutherford County, Tennessee. Amazingly, the dog, dubbed Buddy, was still alive – but that wouldn’t have been the case if not for the good Samaritan who took the time to stop and investigate after seeing the trash bags along a stretch of Yeargan Road last week.

Erin Lebo is the woman who stopped after seeing the black bag on the side of the road. Inside she found a dirty, matted dog who had been left for dead. Lebo took Buddy to a veterinarian who determined that the dog is between 10 and 12 years of age – the Shih Tzu is blind and deaf from untreated infections and the veterinary staff believes that he either lived his life in a cage, or was simply denied veterinary care for most of his life, reports News Channel 5.

Lebo returned to the area where she found Buddy, to make sure that there wasn’t another abandoned dog who she may have missed. No other dogs were found alive, but she did find disturbing evidence that other dogs had been abandoned in the same area – unlike Buddy, those dogs were not found in time. Several skeletons were found in the same area – there is speculation that a breeder may be using the spot to discard unwanted dogs.

Donations for Buddy’s care can be phoned to Savannah’s Crossing Veterinary Hospital at 615-410-7697. Please be sure to indicate that funds are for Buddy. 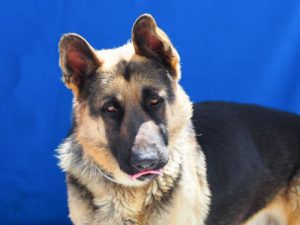 Owners brought in neglected Sylvia to shelter to euthanize her