You are here: Home1 / News2 / Odd News3 / Dozens of dead geese fall from the sky in ‘freak’ incident

On Saturday night, a freak incident resulted in the death of dozens of geese who were flying over Idaho. According to KCTV 5 News, officials believe that approximately 50 geese were killed by a lightning strike in the midst of a severe thunderstorm.

Idaho Department of Fish and Game conservation officer Jacob Berl described the condition of the dead geese to East Idaho News, “Several of the geese had their stomachs blown open and all of them were dead. None were injured. Hail likely would have knocked them out of the sky but they would have been able to glide down and land at different places.”

He added, “It was just a freak accident. It’s sad to see any animal die, but fortunately snow geese are pretty abundant and are not a rare or threatened species.”

Fish and Wildlife officials will be conducting a necropsy on some of the dead geese to see if there is another possible cause for their death.

Pup left shaken and confused after owner surrendered him to busy shelter – read how you can help here. 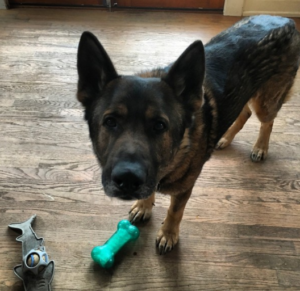