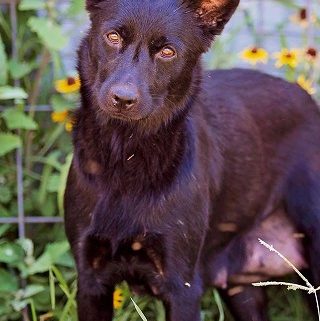 In May 2018, many people were angered and saddened when a dog named Cruze was killed by two women, Kate Bowers Novak and Ivanka Klisnanin who had agreed to foster him for Howls and Meows Animal Rescue.  Several days after being in the care of Novak and Klisanin, the eight-year-old German Shepherd was dead. https://www.facebook.com/Justice-for-Cruze-1896180167061498/.

Two months later, another dog has been killed in a very bizarre chain of events while in foster care. On July 15, 2018, Scot Earp, a resident of Pryor, Oklahoma posted a picture of a dead dog and a chicken on his Facebook page.  The female dog, named Maggie had been staying at the Earp’s home in foster care for a local rescue known as Whiskers and Tails.  Maggie had just given birth to nine puppies four weeks earlier.

Earp justified his killing of the dog by saying Maggie killed his daughter’s chickens.  He called Whiskers and Tails demanding they come get the dog or he was going to shoot her.  When a representative from the rescue arrived at the residence fifteen minutes later,  the dog was already dead, shot by Earp. Whiskers and Tails did remove the nine puppies from the home.

What is even more disturbing, is the fact that Scot Earp posted pictures of the dead dog and bragged about the killing on Facebook. His current Facebook profile photo is that of a dead dog bleeding from the mouth and the expletive “#@*# that dog.”And an even more disturbing twist to the case, Scot Earp has since posted numerous pictures of other dead animals and boasted about their killings.

Many citizens were upset and angered by the killing of Maggie and the subsequent other horrific photos that followed. However, when calling the Mayes County Sheriff’s Department their concerns were met with animosity. Some callers reported they were actually hung up on. There have been unproven allegations that Scot Earp is being protected because his brother Sean was a deputy who was killed in the line of duty (He ran a stop sign and was hit by oncoming traffic).

Scot’s acts of violence are not just limited to animals. In August 2001 he was arrested for pointing a shotgun at a man’s head for the purpose of fear and intimidation. The felony was dropped to a misdemeanor, misuse of a firearm. In doing further research in the Oklahoma Court Records, there is a long list of cases filed against Scot Earp.

The Mayes County Sheriff’s Department is defending their lack of action by advising their state statute gives people the right to kill an animal that destroys livestock.  This statute, however was created to protect livestock from stray or wild animals. Maggie was neither. She was a foster dog entrusted to the care of the Earp family. Besides that, she was not the property of Scot Earp; she was still the property of Whiskers and Tails. He should have just turned her back over to the rescue group along with her puppies.

Another unusual twist in this case is, callers are being denied copies of the police report when requesting it from Mayes County Sheriff’s Department although the Public Record Act allows citizens to request and receive these records. One frustrated citizen was told to come back another day and is still being denied a copy.

If you feel strongly about Maggie’s case and how it is being handled, please contact the Mayes County Sheriff’s Department at  sheriff@mayessheriff.org   or on their website at https://www.mayessheriff.org/contact-us and refer to case number 18-0539. You can also contact District Attorney Matt Ballard at 918-923-4960 and urge him to investigate this case further.

Interested parties can contact the Oklahoma State Bureau  of Investigations to express their concerns at how the case is being handled at the local level.   There is a contact option at the top of the page.

A petition  has been set up on Change.org as well as a second one

For updates on Maggie’s case and what you can do to help, visit the Facebook page

According to a report published on June 3, 2018 there is a proven,  established link between animal cruelty and escalating violence towards humans. 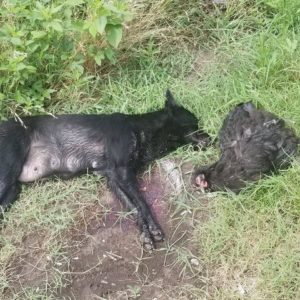 “Jeffrey Dahmer, Ted Bundy, David Berkowitz…. Aside from killing dozens of innocent people (combined), these men—and a significant percentage of other serial killers—have something else in common: Years before turning their rage on humanbeings, they practiced on animals.

According to the FBI, animal abuse is highly correlated with interpersonal, human-to-human violence. Serial killers often torture or kill small animals from an early age, and men who commit child abuse or domestic violence very frequently harm household pets as well. “If somebody is harming an animal, there is a good chance they’re also hurting a human,” said John Thompson, deputy executive director of the National Sheriff’s Association, in a 2016 interview.”

Cases like Cruz’s and Maggie’s will continue to happen until better screening and safeguards are in place when turning over any animal to an adopter or a foster.

And until those in authority recognize the signs and symptoms of disturbed individuals and act on them instead of covering them up.